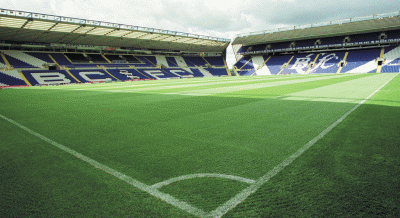 A number of high profile disasters down the years has led to strict legislation regarding the management of football stadiums and their life safety infrastructures. For example, the inquiry into the Bradford City fire in 1985 heralded the introduction of new legislation to improve safety at football grounds.

One of the main recommendations was the greater need for effective fire detection and evacuation strategies. With this in mind, Birmingham City Football Club has had a fire detection system from Hochiki installed at its 30,000 capacity St Andrew’s stadium.

The system was installed by Argus Services, a fire detection, access control and security firm based in the city, that has worked with a number of different football clubs. Managing director Jerry Matthews said, “We’ve looked after Birmingham City’s fire detection requirements since 1999. Its old system was proving to be a problem due to unwanted alarms, so rather than keep trying to repair obsolete equipment we advised that the only real solution was to install a new system.”

The previous system was over 13 years old and pre-dated Argus Services’ involvement with the club, however, the existing wiring was still in good condition so Argus suggested replacing only the products themselves. It also recommended networking the system in order to give it additional capacity if the club should ever need it.

The work required the installation of a BS5839 compliant Category L4 addressable fire detection system based around Hochiki’s Enhanced Systems Protocol (ESP). A Category L4 system is one in which detectors are only installed within escape routes.

A variety of Hochiki products were installed including 84 call points, 59 base sounders, 33 sounder controllers, 25 mains relay output units and 45 multi-sensors – 321 Hochiki optical smoke sensors were also used, featuring the company’s High Performance Chamber Technology. Hochiki’s chamber design minimises the differences in sensitivity experienced in flaming and smouldering fires. The result is an optical chamber that is equally responsive to all smoke types and helps to reduce the possibility of unwanted alarms.

Matthews added, “As football grounds tend to be unoccupied for large periods of time, their fire detection products have to be able to withstand and operate under a variety of conditions. The system at St Andrew’s has been programmed with two modes – match day and non-match day. On match days there are no active sounders and the voice evacuation system is operated at these times.”

Staff at St Andrew’s were so used to the unwanted alarms caused by the previous system that they had become the norm. The obvious danger was that if people simply assumed that an alarm is unwanted then they would start to ignore them.

However, the new system has eradicated these issues, as Peter Smith, Birmingham City FC’s stadium manager explained, “The new system has made a real difference to our day to day operations. No longer do we have to experience the disruption caused by unwanted alarms and we know that our staff, visitors and supporters have the best possible protection.”