Helping to bring machines up to speed with modern regulations 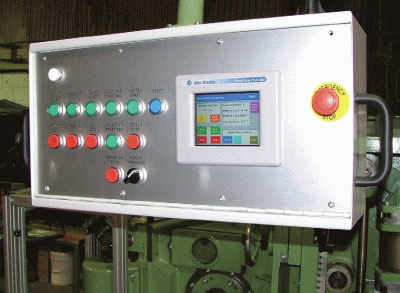 Hampshire Tobacco Machinery Services (HTMS), a supplier and refurbisher of machines to the tobacco industry, is using hardware and software from Rockwell Automation to meet the requirements of modern safety legislation

Established in 1986, HTMS initially supplied and manufactured machine spare parts and re-engineered secondary machinery for cigarette manufacture and packaging – as both individual machines or as complete maker/packer combinations – together with an after sales service for spare parts. Today, the company’s principal interest is the supply of new packing equipment, centred on hard box, hinge lid packing machinery.

The company assists a number of UK and European production manufacturers to develop existing machinery, raising its efficiency and converting size in accordance with market trends.

Due to the introduction of modern control systems, and in particular because of modern international machinery safety directives, one of the key challenges for HTMS is to bring older machines up to date with modern standards.

This is no small undertaking as some of the machines HTMS re-engineers were built way back in the 1940s and as such do not have any form of contemporary safety functions – and certainly not those that concur with modern directives such as EN ISO 13849-1.

As well as incorporating an approved safety infrastructure into these older machines, HTMS also has to certify the machines to the standards laid down by EN ISO 13849-1. 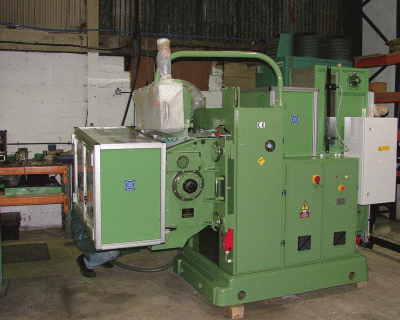 To meet this challenge HTMS enlisted the help and advice of Rockwell Automation, an organisation that is used to requests for integration of safety and machine control.

In this particular instance HTMS was refurbishing a machine that was built in the 1980s. Therefore, to interlink the safety and automation of the machine, it opted for a control and safety solution based on an Allen-Bradley MicroLogix 1200 PAC connected with an Allen-Bradley SmartGuard 600 programmable safety controller.

This approach can reduce wiring, has the benefits of single platform training and programming, has fewer ‘between systems’ data bottlenecks, and reduced overall cost.

The idea was to automate the machine while certifying the safety system using the new EN ISO 13849-1 Functional Safety Standards. HTMS and Rockwell Automation jointly assessed the machine, developed the solution and designed and engineered a safety solution.

To bring the machine up to modern standards, other components from Rockwell’s safety range were specified, including software, connectors, RSNetWorx, SensaGuard RFID coded safety interlock switches, 100S Safety Contactors and Softstarts. In addition, one of the most beneficial facets of the project was HTMS’s use of SISTEMA software to evaluate the machine’s safety in relation to EN ISO 13849-1. 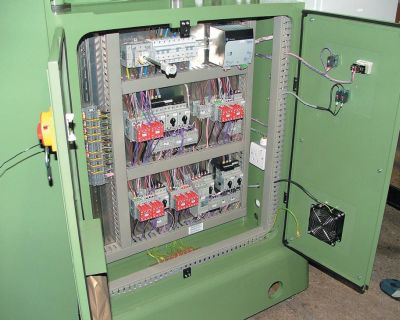 Commenting on the equipment and, in particular, the use of the SISTEMA software, Pete Woodthorpe, technical director at HTMS, explained, “The approach to evaluating the safety of the system is very similar to the way we used to do it. By using SISTEMA we are able to assess the machine by areas or modules, unlike the old way where you looked at the machine as a whole.

“Everything is so much simpler and the process is made much easier by the fact that all of the Rockwell Automation equipment is in the SISTEMA library – so it is just a case of dragging and dropping the components into the application. You can almost immediately see if there are any safety issues. Not only is this far easier for us, it is also a whole lot easier for the user.”

Woodthorpe concluded, “The engineers at Rockwell Automation have been invaluable with their advice and support, offering us help from day one with specialist support, equipment and programming. It has been a very smooth ride and has made our job significantly easier.”

Getting to grips with the new standards