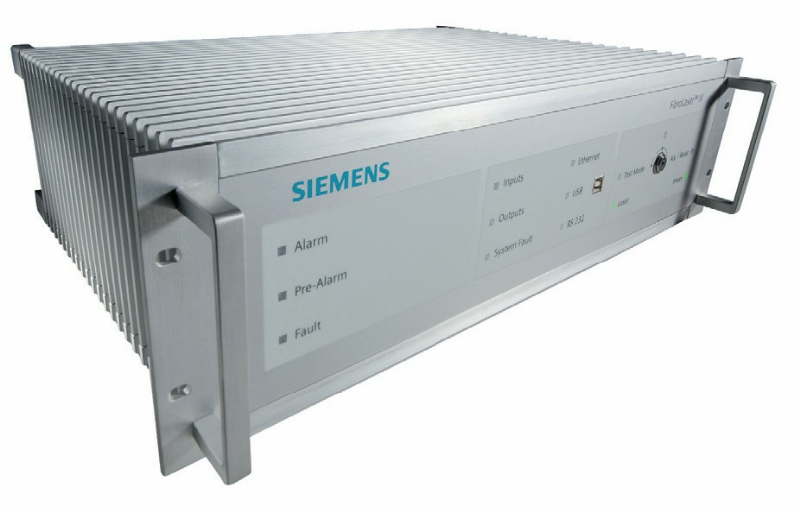 The new FibroLaser heat detection system has been introduced by the Siemens Building Technologies Division to provide faster and more precise heat detection over an area of up to 2x10km in length. The technology is based on a fibre optic cable and is well suited for road and train tunnels as well as for industrial applications.

The third generation of this fire safety solution more than doubles the maximum detection distance to ten kilometres while offering up to 1,000 alarm zones for precise and faster detection. Each of these alarm zones can be configured for different alarm criteria and used to control a variety of functions such as alarm elements, ventilation or lighting.

The next generation controller can be equipped with up to 40 inputs and 106 relay outputs, increasing the available control options compared to the previous version. With its integrated Ethernet interface, the controller can easily be added to any network. It also has an RS232 interface to facilitate the upgrade of older systems. The FibroLaser III controller operates in an ambient temperature range from -10°C to 60°C and requires no fans for cooling.

The fire safety solution is complemented by the new FibroManager control software which is designed to make commissioning as smooth as possible using country specific defaults, and provides wizard-based support to make it easier for service technicians to perform tests and checks.

FibroLaser III is sensitive to both thermal radiation and convection, which allows for rapid and deception-free fire detection over large distances with a spatial resolution of 0.5 metres. This makes this system well suited for use in rough environments including road and train tunnels, as well as industrial applications such as conveyor belts, cable trays, and production lines. FibroLaser III is VdS certified to be compliant with prEN 54-22.