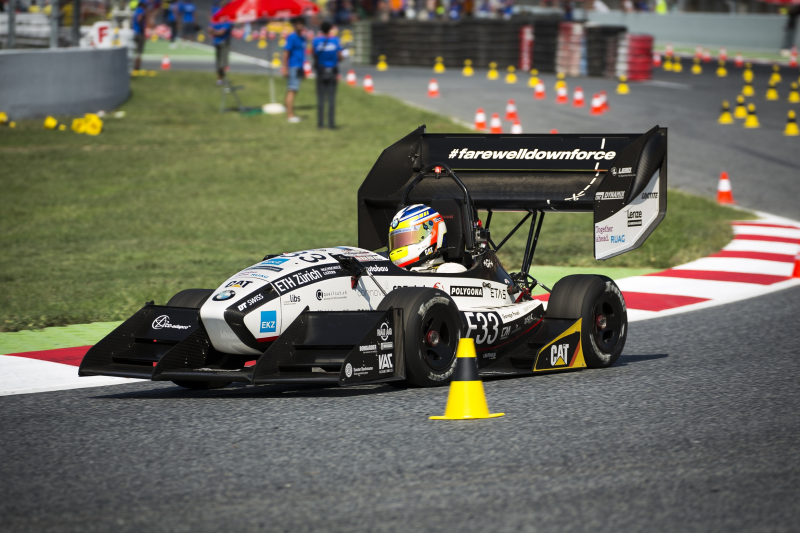 With the British Grand Prix only just over and rapidly increasing interest in the Formula E championship, it is a great time for the Formula Student series to take place at Silverstone. The latest round of this series runs at the Silverstone circuit from July 9th to 12th 2015. Feature will be the “Grimsel”, a record breaking electric racing car powered with MOBILE inverters from the Lenze Schmidhauser operation in Switzerland. This manufacturer of drive solutions for mobile use is a sponsor and supplier to the motor sport competition for young engineers.

The Gimsel was developed in Zurich as a compact high performance racing car. It is remarkable for its world record breaking acceleration. The previous record of 0 to 100 km/h in 2.134 seconds was easily beaten at the end of 2014 with a time of only 1.785 seconds. This represents reaching a speed of 62 mph in a distance of only 30 metres!

The Grimsel electric racing car is the fifth electric vehicle developed and constructed by 30 students from ETH University in Zürich and the Luzern High School within one year. “For Lenze Schmidhauser it is already the second vehicle to use the MOBILE series inverter. These have been especially designed to power electric auxiliaries in commercial vehicles, but their compact construction also makes them suitable for use in the Formula Student racing car. We are of course delighted by the wins achieved by the young engineers,” commented Jonas Schuster, head of sales and marketing at Lenze Schmidhauser.

CEF stands out from the crowd with two awards

When should installers start to use non combustible consumer units?