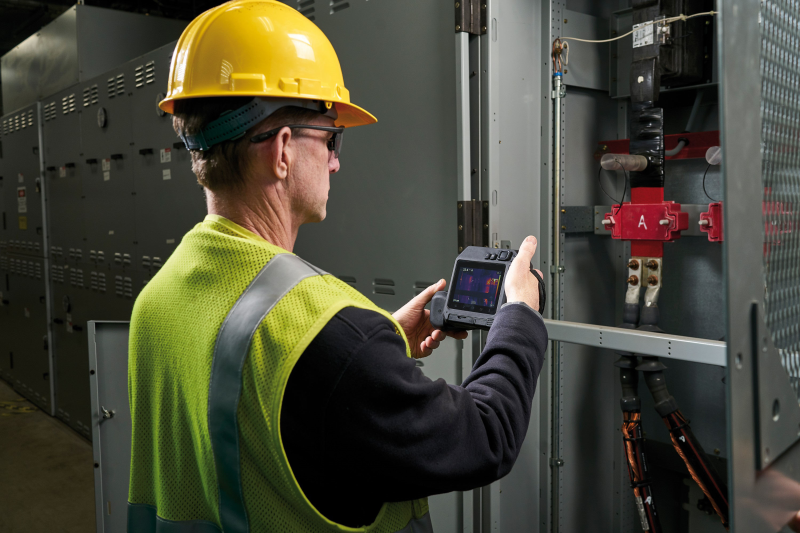 FLIR designed the T500-Series to reduce the strain of continual thermal inspections by offering a 180-degree rotating optical block. With the ability to rotate the camera further, thermographers can image targets overhead, below, or even around obstructions from a comfortable position. Featuring AutoCalTM optics, the lenses can be shared between T500-Series models or with the new line of FLIR Exx-Series cameras without the need for secondary pairing or factory recalibration. These intelligent lenses produce crisp imagery and use laser distance measurement data during autofocus to achieve high temperature measurement accuracy. 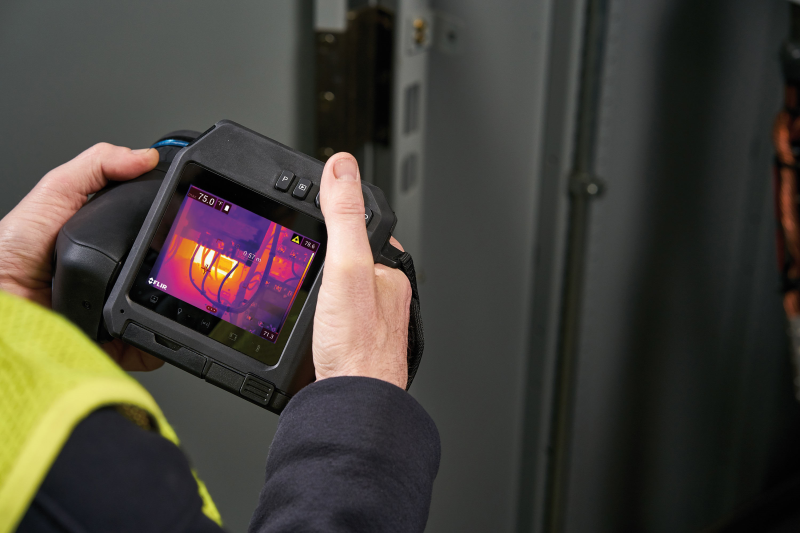 T500-Series cameras provide distinguished thermal imaging quality through FLIR Vision ProcessingTM, which combines proprietary adaptive filtering with the readability of FLIR’s MSX® technology and the image enhancement of UltraMax®. With thermal resolutions up to 464×348 (161,472 pixels) and superior sensitivity and image clarity, thermographers can identify subtle temperature differences aided by a 4-inch touchscreen display that is four-times the resolution of comparable cameras.

“The new FLIR T530 and T540 cameras target users who demand more from their thermal camera and spend extended periods of time inspecting equipment for thermal issues.” said Rickard Lindvall, Vice President and General Manager of FLIR Instruments. “We focused on ergonomics to reduce strain, but we also ensured these cameras have the sensitivity, clarity, and work-flow improvements needed to allow inspectors to find problems and generate reports quickly and easily.”

The FLIR T530 and T540 cameras will be available for sale in May through established FLIR distribution partners. For more information, visit www.flir.com/T500Series