Engineering: it’s not just for the boys

As a nation, Britain has a knack for producing and harbouring engineering talent. Throughout history, it’s resourceful and practical people have poured their energy into infrastructure, innovation and technology 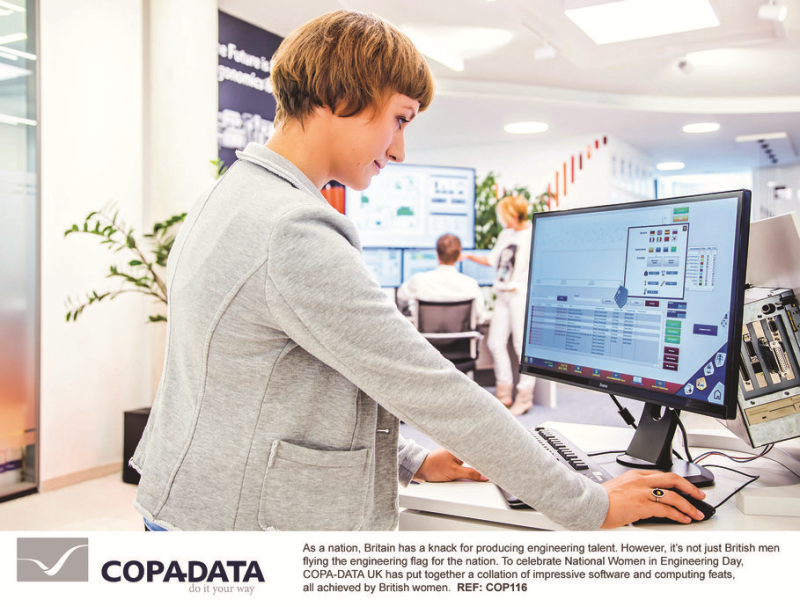 John Logie Baird gifted the world with colour television, Richard Trevithick created the first railway steam locomotive and British mathematician, Charles Babbage, is widely regarded as the ‘father of computers’ after inventing the world’s first programmable computer. However, it’s not just British men flying the engineering flag for the nation.

To celebrate National Women in Engineering Day (NWED) on June 23, 2016, the team at industrial automation software expert, COPA-DATA UK has put together a collation of impressive software and computing feats, all achieved by British women.

Ada Lovelace is widely regarded as the world’s first computer programmer. Showing a gift for mathematics at an early age, Lovelace struck up a fruitful working relationship with Charles Babbage in her teenage years. Having rewritten an article on Babbage’s mechanical general-purpose computer and adding her own mathematical concepts, Lovelace wrote the world’s first algorithm intended to be carried out by machine, thus claiming her title as the first ever computer programmer. That being said, she is certainly not the only woman to make a contribution to the world of software.

Two of the first software houses in Britain were founded by women, the first in the late 1950s and then in the early 1960s. Despite the common misconception that this period would have been profoundly sexist, the detail and typing associated with coding meant that the practice was originally regarded as ‘women’s work’. Credited with founding the UK’s first ever software house, Dina St Johnson discovered a talent for programming in her teenage years. In her early career, Johnson spotted a gap in the market for selling software directly to industry. To fulfil demand, she launched her own company in 1959 and went on to create complex applications for the BBC, British Rail and the Royal Air Force. Three years later in 1962, Stephanie Shirley founded her software house from her dining room table. Somewhat controversially, Shirley committed to exclusively employing female programmers. Her objective was to use her programming skills, while raising a family and she was determined to help other women do the same.

Driving the future of programming

In more recent years, women have begun to represent today’s growing coding movement. In 2012, British entrepreneur Kathryn Parson co-founded digital training start-up, Decoded, with the goal of improving digital literacy among British workers. As an influential figure in the coding community, Parsons was listed on Business Insider’s 30 most important women in technology in 2013. Mathematics, science, engineering and computing are widely regarded as male dominated sectors. Even in today’s modern landscape, women make up just 29 percent of the UK’s computing workforce and a tiny nine percent of the engineering workforce. History proves that, even in a time when gender stereotypes were widespread, female programmers were capable of achieving incredible things: generating the world’s first computer algorithm, combining the worlds of software and business and encouraging hundreds of other young women to follow in their footsteps. Without these contributions, we would not have the intelligent software applications we use today. National Women in Engineering Day aims to raise the profile of these incredible women, both past and present.