Does the term ‘engineer’ need redefining? 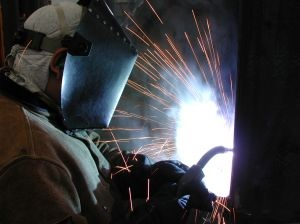 Engineering’s leading role in the UK’s economic recovery is threatened by the industry’s inability to provide enough new recruits, according to research from Roevin, a specialist engineering recruitment company.

Roevin claims that one of the biggest barriers to people entering the career is the misperception around what a skilled engineer really is.

Findings from Roevin’s poll of 380 engineering stakeholders across the UK in April this year suggest that the engineering sector is set for protracted growth, bucking the trend of decline in many recession hit industries.

According to EngineeringUK, the sector needs to recruit 2.2 million candidates in the UK over the next five to ten years, representing a growth rate of 40% in a sector which already contributes 19% of the total UK workforce.

Energy security is seen to be driving demand, with renewable energy (57%) named as the primary growth sector, followed by oil and gas (41%), power generation (37%) and nuclear (35%) according to Roevin’s findings.

However, this growth opportunity is at risk if the reputation of engineering as a career option is not improved. Over half (57%) of today’s engineers see industry reputation as a key barrier to those considering the career. Fifty-nine percent believe the term ‘engineer’ is not understood by the general public. “Someone who fixes things” is a descriptor frequently used, suggesting engineering is not seen as a true accredited profession like accountancy or law.

Mark Tully, managing director, Roevin, said, “Our latest research highlights just how important the engineering industry is to UK growth. Not only does the sector contribute hugely to the UK economy, but it has the potential to create millions of new jobs.

“We now need to make sure that UK engineers are fully recognised for their invaluable contribution, if this growth potential is to be realised. In the UK, the loose term ‘engineer’ is too often misunderstood and does not give credit to the fact that engineers are highly educated, highly experienced and endorsed by a professional body. At Roevin, we would support redefining the professional status of the term ‘engineer’ to take these specialist skills into account.

“Policymakers and educators need to be made more aware of the industry’s invaluable contribution to the economy and how our challenge of recruiting an additional 2,217,500 employees over the next five to ten years represents a fantastic opportunity for the UK. We need to reverse the trend of engineers leaving the UK for jobs abroad.

“This ability to compete effectively in global markets on engineering capability will largely be defined by the uptake of engineering as a profession by students and the continuous development of our existing engineering workforce – for that, the engineering profession needs to be awarded the status it deserves.”

Jobs for the Girls campaign gets revamp

Trade journalists find out about HARTING’s latest products and solutions