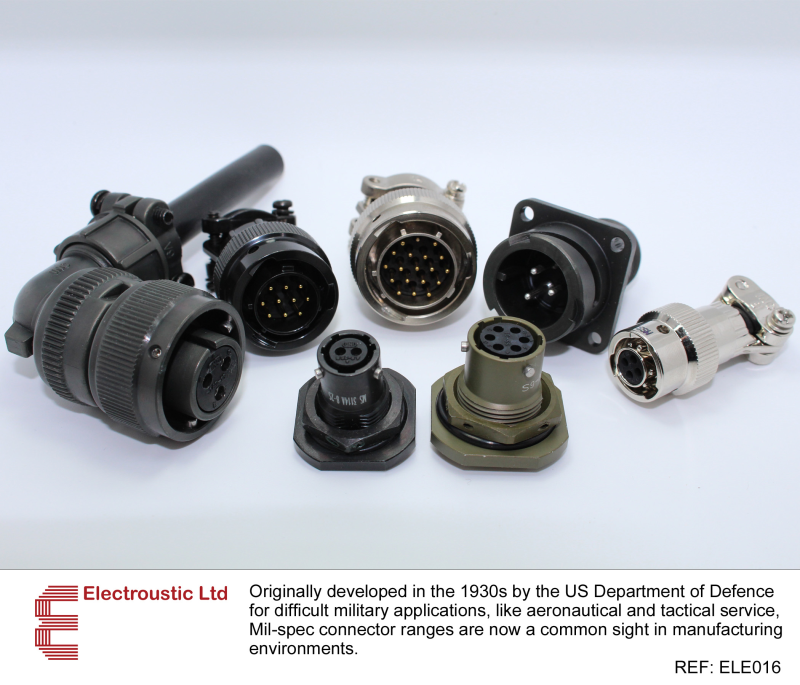 Have you ever heard the claim that there are more neurons in the human brain than stars in the Milky Way? The assertion has never been proven, but chances are the numbers are relatively close. The baffling numbers involved remind me of a day in the life of a systems integrator, especially given the rise of smart factories and smart grids – systems that fulfil multiple functions and require more connections than ever before in industry.

In the last few decades, factories have changed a lot. Concepts like Industry 4.0, the Industrial Internet of Things and the smart factory all have a common trait: interconnectivity.

Let’s connect
With increasing levels of industrial automation in manufacturing and adjacent sectors, systems integrators are looking for more complex connectors. X-coded M12 and M8 sensor connectors, for example, provide a future-proof interface and support high bandwidth needs of up to 10GB/s, which makes them ideal for industrial internet. Chances are you won’t be able to walk into a factory without finding M12 or M8 connectors in I/O boxes, sensors, actuators, switches and programmable logic controllers (PLCs).

Another result of the interconnectivity trend in systems integration is the increasing demand for industrial Ethernet products. Whether in power generation, public transport, manufacturing or oil and gas, Ethernet technology has established itself as the most popular choice for company-wide data networks. Ethernet allows the rugged connectors and industrial equipment on a factory floor to communicate data with control equipment and the enterprise network, while also reducing electrical noise that can cause serious equipment damage.

Bring out the big boys
Although industrial automation equipment has been getting smaller, it still needs to work in difficult environments, tolerating a wide range of temperature, continuous vibrations and electrical noise. Not to mention its fair share of bashing about. Similarly, industrial connectors for factory automation continue to have the same ruggedness requirements. A bit like Rocky, they need to be able to take a battering and still perform.

This means that over the last few years, we’ve seen a move towards more robust Mil-spec connectors. Originally developed in the 1930s by the US Department of Defence for difficult military applications, like aeronautical and tactical service, these heavy duty connector ranges are now a common sight in manufacturing environments. They are the perfect combination of complexity, because you can put several signals through them, size, because they are smaller than regular connectors, and functionality, due to their minimum IP67 rating.

When the going gets tough
Systems integrators today like their connectors tough and resilient, but also smaller and easy to assemble. For this reason, push-pull and bayonet mount connectors are much more common these days than older models. Although they can be pricey, system integrators prefer them because they are easier to install and change, plus they ensure a system is future-proof.

This takes us to the final trend in system integration – quality. Historically, system integrators looked at the high value products when it came to the controller, motors or drives, but didn’t see the point of choosing more expensive, higher quality connectors. After all, the connector’s role was a simple one and if it failed, it would just be replaced with another.

Today, systems integrators are starting to understand that increasingly complex industrial automation systems require increasingly advanced and resilient connectors. After all, if even one connector fails, the entire system could go down before a replacement is found. And in industries like oil and gas, automotive or aerospace, even a few minutes of downtimes can cost thousands of pounds.

Smart factories are becoming a bit like the human brain, with industrial connectors playing the role of neurons. In our brains, each neuron may be connected to up to 10,000 others, passing signals via as many as 1,000 trillion synaptic connections. By some estimates, this is equivalent to a computer with a 1 trillion bit per second processor – something that the factory environment is still a long way away from achieving. Nevertheless, the onward march towards the factory of the future continues apace and connectors remain at the vanguard of the movement.

£1.6m in funding to make York’s buses cleaner and greener