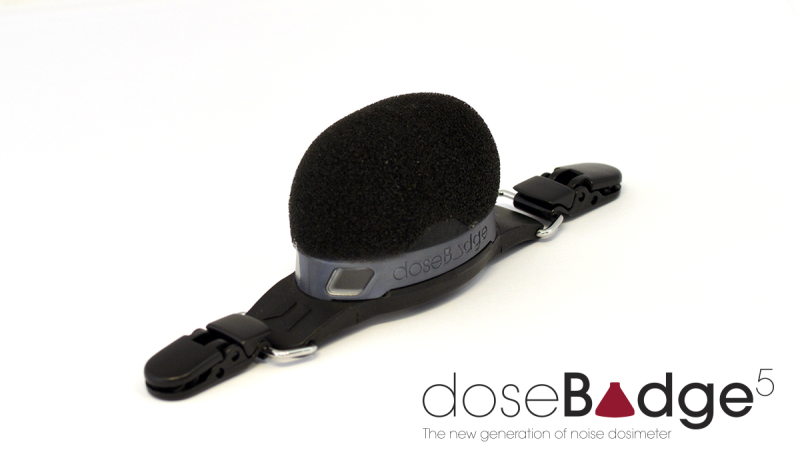 Noise monitoring specialists Cirrus Research have unveiled some of the USPs and an exclusive offer for clients who order the new doseBadge® Mark V.

Offering a host of new features, the latest addition to the dosebadge range was showcased at the recent SHexpo 2016, giving delegates the chance to see and experience the latest model for the first time.

Following on from the successful three day event Cirrus is now offering the first 20 orders that are placed for the Mark V will also receive a brand new Android tablet as part of their package.

The Mark V has been developed by the in-house R&D team, following on from the doseBadge IV that was introduced in 2007. Its compact size hosts a wealth of new future-proof technology but still offers the same tried and tested features that have set the doseBadge apart since its debut in 1996.

The latest model has a wide range of new USPs including: increased wireless technology so the doseBadge can be connected via a mobile phone or App on a IOS or Android controlled device; with information being downloaded even quicker using this Bluetooth type of technology.

The reader unit is now even more slimline boasting detailed data-logging facilities that can be specified down to the second, rather than the previous one-minute window.

The Mark V also now has intelligent charging with the device controlling its own charger to combat overcharging so it can prolong battery life to more than 12 hours and now includes an anti-tamper and vibration device to cut down on anomalies.

James Tingay, Quality & Product Development, said: “The doseBadge Mark V is truly in a class of its own; we have still adhered to the same no display/no controls philosophy that helped launch the original but as technology has moved on, we have embraced many elements so the Mark V will undoubtedly stand the test of time like its predecessors.”

Safe Isolation Lock Out With Martindale’s Range Of Padlocks

A clik above the rest