Charging ahead without copycat batteries 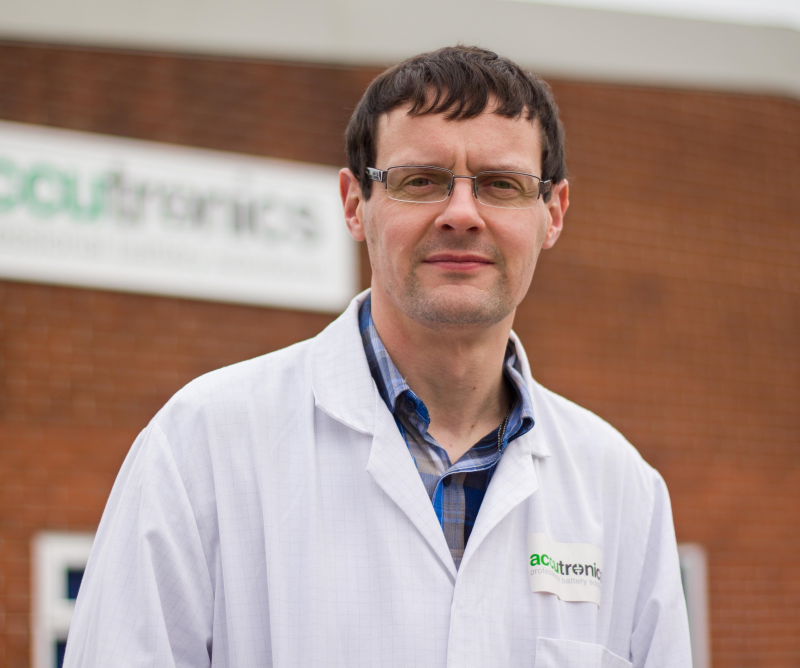 Earlier this year, the UK’s Civil Aviation Authority (CAA) began working with its US counterpart, the Federal Aviation Authority (FAA), to develop vital information videos related to the safe handling of exploding batteries. As a result Accutronics, the manufacturer of batteries for professional applications, has called on original equipment manufacturers (OEMs) to consider the repercussions of using poorly made Lithium-ion (Li-ion) batteries. Here, Neil Oliver, technical marketing manager at Accutronics, calls on OEMs to prioritise safety and reliability.

There is no doubt that, as a result of the increased operating demands of modern electronics, batteries are more vital than ever before. From smart phones and tablets, to laptops and digital cameras, batteries are so common they have almost come to be wrongly regarded as a commodity product.

There are currently a staggering 5.2 billion mobile phone users worldwide; that’s more than the total number of cars, desktops, laptops, tablets and Internet users combined. As a society, our dependence on technology is funding multi-billion dollar industries and driving us forward, towards a mobile, portable future.

However, this relentless innovation has left many sectors lagging. Regulatory and control infrastructure has traditionally struggled to keep pace with the demand for battery powered electronics. An entire subcategory of generic manufacturers has risen up to cater for this demand, producing copycat batteries at knock-down prices.

In a drive to cut costs, OEMS and their customers are able to source these copycat replacement batteries at the click of a button. These dubious products have historically been manufactured  in developing Asian countries such as China, India, Malaysia, Thailand, Vietnam and the Philippines, where the low labour costs and lack of regulatory enforcement means that batteries can be produced at a lower price point, usually at the cost of quality and reliability.

A 2012 report by the International Organisation for Standardisation (ISO), looked at the ISO 9001:2008 quality control standard and its impact in Asian developing countries. The survey found that the ‘role of accreditation is not well understood’ by both purchasing organisations and certified manufacturers. Weaknesses included a ‘lack of focus on preventative actions’, ‘poor management of QMS processes’, ‘a poor culture of continual improvement’ and ‘little use of the process approach’.

The report finishes by saying that this situation is slowly improving. It seems that as developing countries become more advanced, increased industrial and consumer awareness, in addition to tighter customs control on import and export goods, has resulted in better regulation of counterfeit batteries and improved manufacturing practices.

Whilst counterfeit copycat batteries may be eliminated by the increased adoption of quality control standards, unfortunately the market for generics will continue to thrive through the proliferation of grey market imports, which are now widely available. Grey market imports differ from counterfeits in that they may be perfectly legal, but they often lack the necessary performance testing, component certification and distribution channels adopted by more orthodox battery manufacturers.

Some grey market imports are second run productions, where manufacturers cut corners in an attempt to lower unit price. For instance, using cells where electrode coating weights have been poorly controlled or where calendaring processes result in irregular active particle size. A lack of environmental control during cell assembly is also a major contributor to cell mortality.

As a result, the batteries that use these cells may yield poor run-times and, in extremely rare cases, a combination of these cost cutting methods could lead to internal structures shorting, causing an explosion and setting fire to the surrounding device material.

These rare cases of exploding batteries have come to light in recent high profile incidents. In one such case a passenger’s iPhone, which had been incorrectly repaired by an unauthorised reseller, caught fire midflight, emitting dense smoke and a red glow. The culprit was found to be a loose screw which had pressed into the soft packaging of the questionable Li-ion battery pack causing it to short circuit, overheat and combust.

In this case the flight attendant correctly followed airline safety procedures and was able to successfully extinguish the phone. The UK’s CAA is going one step further and is planning to work with its US counterpart, the FAA, in making informative videos. The videos will target aviation professionals, including cabin crew and luggage handlers as well as the public who are flying and posting items containing batteries.

Whilst the videos will do much to raise awareness and minimise dangerous midflight incidents, there is still a long way to go to tackle a new and increasingly worrying trend; the application of low quality batteries in wearable and portable medical devices.

This year’s Consumer Electronics Show (CES) in Las Vegas, highlighted the growing popularity of such equipment. Smart watches, fitness bands and even phones that can measure heart rates and provide quick diagnosis as well as advice on nutrition and exercise.

Although these devices are relatively harmless, portability is fast becoming a popular trend in more demanding medical devices used by professionals and patients. From pulse oximetry and glucose monitors for diabetics, to automated external defibrillators for emergency use, there is a growing risk that the use of poor quality batteries in portable medical equipment could prove fatal.

The safe transport of rechargeable Lithium ion batteries is something that should concern the entire supply chain, whether this is the battery manufacturer, OEM, end user, shipping company or airline. A number of well publicised events have led to the tightening of existing testing and packaging regulations and the introduction of new ones to ensure that batteries are safe to transport.

However, the testing is still reliant on a paperwork trail and companies shipping Lithium Ion batteries have a responsibility to check that the products they are offering for transport have been tested in accordance with regulations and that the correct paperwork is in place.

It is for this reason that, at Accutronics, we help customers to consider power solutions at the design stages of product development. We test our batteries to the highest international standards so that durable, safe and reliable power sources can be implemented, with product-specific battery designs available as replacements for the life of the product.

Looking towards the future of portable devices, there are certain trends which could provide additional security for the safe advancement of Li-ion batteries. To ensure that poor quality batteries are eliminated, embedded and non user replaceable batteries can offer an initial level of protection, with a loss of warranty providing an incentive against unauthorised repairs. Mechanically isolating the embedded battery during transport can further improve safety.

Algorithmic security is another method currently being used, which can offer a higher level of protection. The battery is paired with the device at a software level, meaning that the device will only work if an authorised battery is present. Any attempt to override or replace the battery with a low quality alternative, will render the device unusable.

New skills partnership launches at the House of Commons