Has it been a limp launch to the Green Deal? 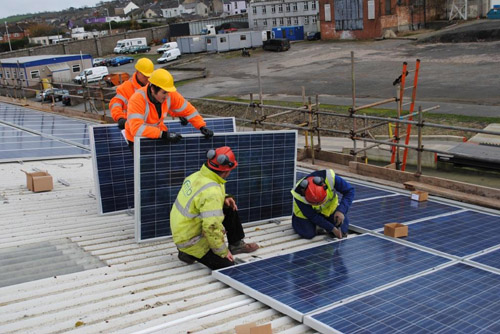 The government’s failure to promote the Green Deal could undermine the initiative’s chance of success, warns the Electrical Contractors’ Association (ECA) as the initiative launches today.

Paul Reeve, ECA head of business policy and practice, commented, “The Green Deal is meant to be a flagship energy policy for the government but while it has been high on policy statements, it has been desperately low on marketing. Most of the key target audience – the public – don’t even know it exists.”

A YouGov survey commissioned by the ECA in December 2012 showed that only two percent of the British public fully understood the Green Deal and 62% have never heard of the initiative. Reeve added, “The potential savings and environmental benefits to homeowners, businesses and the economy could be lost until the public become not just aware of, but enthused by, the Green Deal.

“Right now, even awareness would be a major step forward. Businesses will do their best to promote the Green Deal but the government needs to start showing the public the potential benefits the scheme will bring by cutting their bills.”

Reeve continued, “After months of confusion about precisely what improvements are eligible, and how the scheme is to be operated, now is the time to for the government to make the public aware of the role that quality tradespeople will play in delivering the Green Deal. This is a real chance to create work and jobs for contractors across the country.”

Reeve added, “With continually rising energy prices, the public are eager to get their energy bills under control. The majority of people who responded to our survey said they were interested in a Green Deal type scheme in principle, even though very few had heard of the Green Deal itself. The government must help convert potential enthusiasm into real action.”

UPS range still on the ETL