A product recall is usually a request to return a product after a safety issue or defect has been found, which can be potentially very dangerous. The prospective dangers can include – risk of an electric shock, fire, explosion, injury and overheating.

Utilising information from Electrical Safety First, OnBuy.com analysed how many electrical products and which category of goods were recalled between 2011-2016. 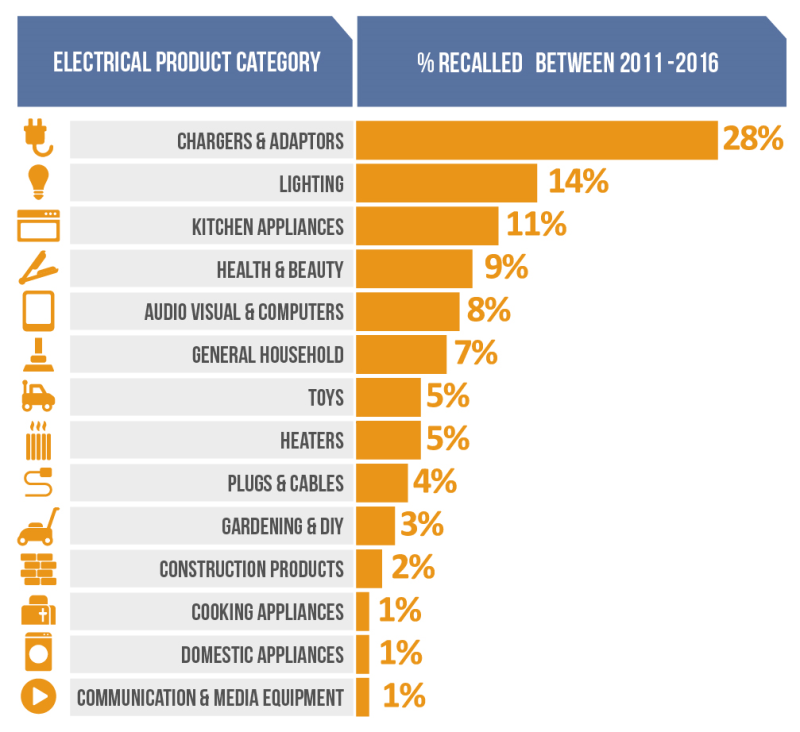 The research revealed that there was a total of 358 recorded electrical product recalls between 2011-2016 on the Electrical Safety First database.

Communication & media equipment alongside cooking and domestic appliances had the joint lowest percentage of product recalls at only 1 per cent each. Marginally above, was construction products at just 2 per cent.

Overall, of the 358, 44 per cent were recalled because the product itself, components or an element of it had the sole risk of an electrical shock. Information for immediate release OnBuy.com

Cas Paton, Managing Director of OnBuy.com commented: “Whilst product recalls are an unfortunate occurrence, it’s always done so with consumer safety at the heart of the decision. Considering every year there are thousands of new products on the market, only a small percentage having some sort of defect or fault is a testament to the high standards set by various governing bodies and authorities into product safety. Those products that do get recalled provide a valuable emphasis on the importance of rigorous testing before any electrical product is made available to the mass market.”