Carbon8 Lighting Provide Illumination at Autosport International in more ways than one!! 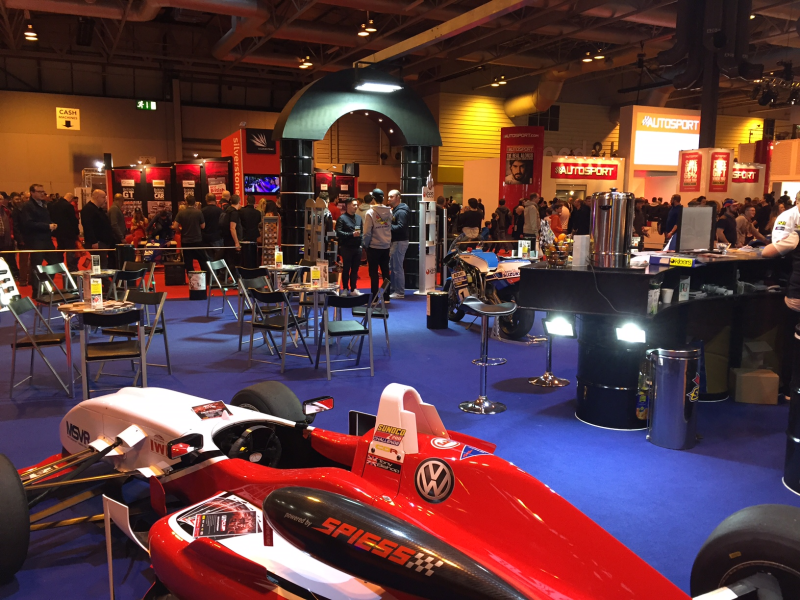 LED floodlights from Carbon8 were used to illuminate the Anglo American Oil stand at Autosport International Exhibition, which was recently held at the NEC, Birmingham. The exhibition is now in its 26th year and is Europe’s largest indoor pre-season motorsport event, featuring every level of Motor Racing – from Karting to Formula 1, bringing together the world of motorsport under one roof for motorsport enthusiasts so it was a very high profile project. It was a double whammy for Carbon 8 as the new racing livery for the company’s Hyundai Coupe racing car made its debut on the British Automobile Racing Club (BARC) stand. 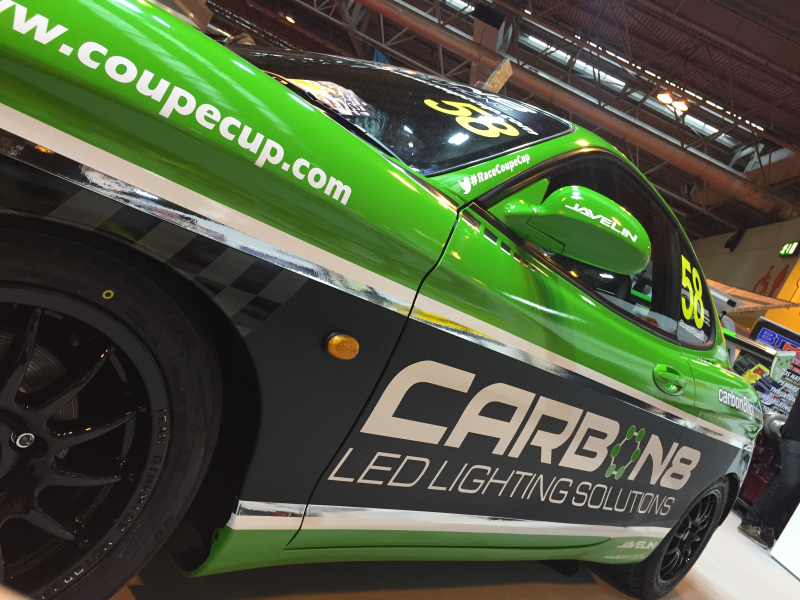 Anglo American Oils based in Dorset are well-known providers of a wide range of race fuel, oil and high performance racing products and discovered Carbon8 by chance through an internet search over three years ago. Anders Hildebrand, MD at Anglo American Oils commented “We were looking for good quality, high performance lighting to use on our stand and after initial contact with Carbon8, we were extremely impressed with the knowledge and professionalism of the team”.  The stand is being lit by a selection of Carbon8 floodlights ranging from 10W to 600W, which are being used to create a bright and welcoming environment whilst accentuating the company’s products.  Anders continued “We really wanted to make our stand ‘stand out’ and this has been successfully achieved using the Carbon8 lighting.  We have been so pleased with the performance of the lamps and support from the company that we are now in our third year using the current LED floodlights”

Carbon8’s managing director Simon Miles is no stranger to the bright lights of the motor racing circuit and the new racing livery for his Hyundai Coupe racing car made its debut on the British Automobile Racing Club (BARC) stand at the show.

The Hyundai Coupe Cup is a controlled race series for series one and two two litre Hyundais with the first race of the 2016 season being held at Rockingham in April.   The Coupe Cup has been running for four years and the BARC, one of the world’s most successful and established motor racing clubs has agreed to sponsor this year’s event. 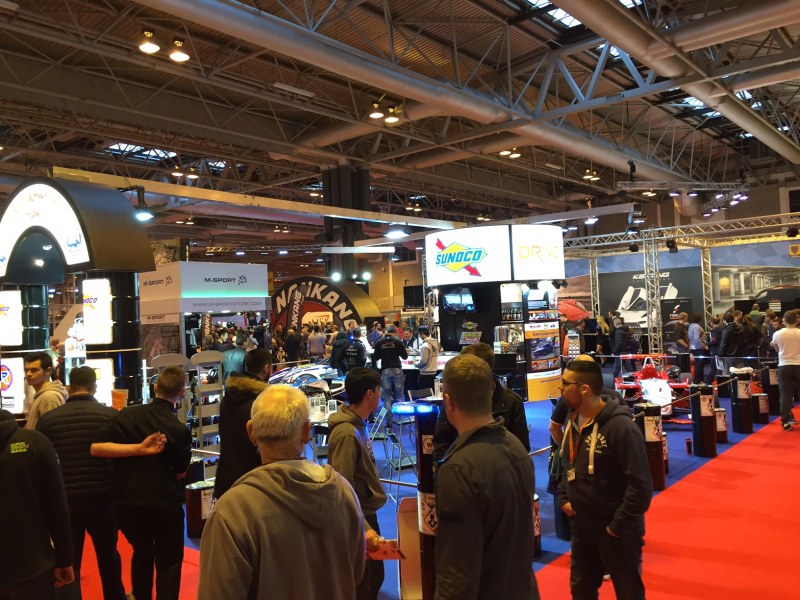 The BARC first formed in 1912 and organises races at every major race track in the UK including British Touring Car, saloon car as well as introducing new formulae.  The BARC organised the first hillclimb event called The Festival of Speed in 1993 at Goodwood which became the most historic and motorsport annual event the Goodwood Festival of Speed.  The BARC is instrumental in organisation of European and International race meetings including the first Beaujolias Challenge.

Simon Miles of Carbon8 commented “We are delighted to be unveiling our new livery at Autosport International and we look forward to a successful year of racing under the BARC Coupe Cup sponsorship”.