Are you spoilt for choice? 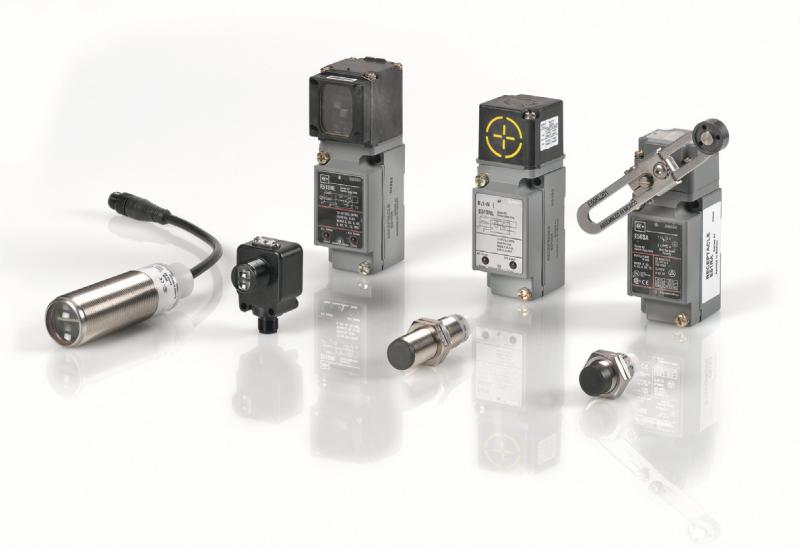 Stuart Greenwood of Eaton’s Electrical Sector provides a guide through the vast array of industrial proximity sensors currently on the market, thus helping to ease the task of selection 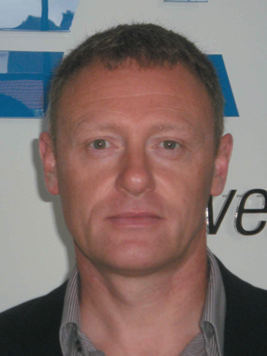 This is not to say capacitive sensors can be used in almost any application. For example, it is virtually impossible to shield capacitive sensors, so they’re not suitable for flush mounting and, when multiple sensors are used, they must be spaced further apart than inductive sensors.

Capacitive sensors are also more sensitive to RFI than inductive types and their ability to detect almost anything can sometimes be a disadvantage rather than a benefit. In areas where the humidity is high, for example, a capacitive sensor can be triggered by water vapour in the air, even if no target is present.

However, capacitive sensors do have their uses as they are very suitable for detecting liquids and powders and are often used for level control in tanks and hoppers. Unless the special ability of capacitive sensors to respond to non-metallic targets is needed, however, it is almost always better to choose an inductive sensor.

This is not the end of the matter however, as inductive sensors are offered in a huge range of sizes and types. The basic physical formats are cylindrical, often with threaded bodies, and rectangular. Cylindrical sensors are popular, since they’re easy to install and, particularly with threaded body types, accurate adjustment of the mounting position is easy. They’re available in standard and short body versions, and most manufacturers offer units with stainless steel bodies, which are suitable for food and pharmaceutical applications.

‘Inductive rather than capacitive types are right for most applications, and choosing the right inductive sensor has now been made much easier by the introduction of intelligent types, which you can configure to work exactly as you want’

Rectangular sensors are, however, less likely to be displaced by impacts in, for example, mechanical handling systems and the larger versions have a longer operating range than can usually be provided by cylindrical body sensors. They are often chosen for heavy duty applications. Current models of both cylindrical and rectangular sensors will almost certainly have ingress protection (IP) ratings of IP67 or better, which means they can be used in wet and dirty conditions, and that they will be unaffected by washdown cleaning operations.

Cylindrical inductive proximity sensors are offered in an almost bewildering array of types, due to their popularity, and this can make it hard to decide on the best unit for a specific application. However, the decision process has been made less difficult by the recent appearance on the market of intelligent proximity sensors. Users can configure many of the characteristics of these to match their own specific requirements, which means that one type of sensor suits many applications.

DC versions of these intelligent sensors automatically detect whether NPN or PNP output operation is needed, and set themselves accordingly. They can also be expected to offer an extended sensing range that is more than twice that of a standard sensor with the same body size. However, by incorporating embedded microprocessors to allow never previously possible levels of customisation, the best models go much further.

For example, users can switch the sensors between normally open and normally closed operation, and they can not only adjust the sensing range precisely, but also set sensing bands anywhere within the sensing range. The sensor responds only when the target is within this band – if it is closer or further way, it is not detected. This feature can be used to ensure accurate positioning of a target, and is also invaluable for ignoring the influence of metallic objects closer to the sensor than the target.

These innovative sensors even incorporate user adjustable time delays and speed detection logic that can be turned on or off as required. This means that, in many applications, the need for an external timer or speed relay is eliminated, saving money, space and installation time.

There is a huge variety of proximity sensors on offer today, but it needn’t be too much of a challenge to choose the right one for your application. Inductive rather than capacitive types are right for most applications, and choosing the right inductive sensor has now been made much easier by the introduction of intelligent types, which you can configure to work exactly as you want.

The taste of testing success