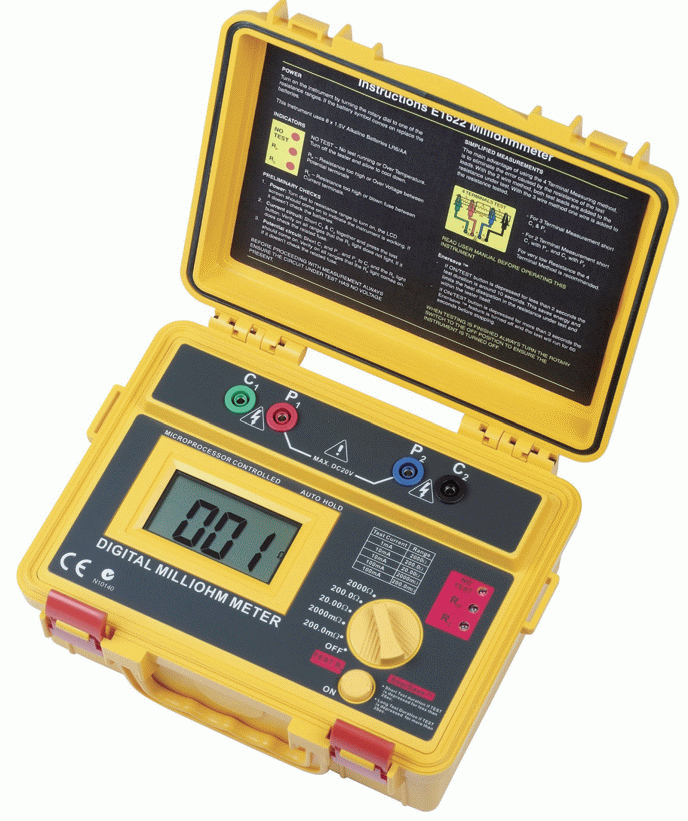 Martindale Electric has announced the release of its new E1622 milliohm meter, which is well suited for utilities use in the workshop, field or test facilities.

With an accuracy of +0.5%, the E1622 is suitable for testing electrical bonding in areas as diverse as mines, aircraft, ships, railways and domestic and industrial electrical applications.

In addition, the E1622 is also able to measure electrical resistance in areas such as motor windings, generators and transformers, as well as other low resistance measurement applications such as busbars and the resistance of electronic components, such as PCB tracks, switches and relays. The new E1622 is also supplied in a sealed ABS plastic case, and comes with a free verification certificate, plus batteries and test leads, making it ready for immediate use.

Scanning acoustic microscopy: Taking it from the lab to high throughput fab