Your guide to legislation 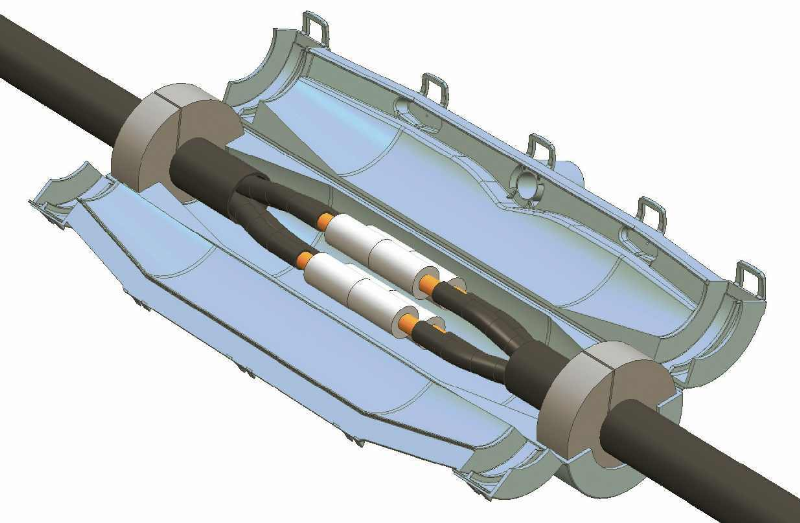 James David Addy, technical service engineer, 3M, simplifies some of the key legislation and regulation that is impacting cable joints and terminations

Although regulation and legislation exist to ensure health and safety in the workplace as well as reducing environmental impact of industrial processes, they can also create quite a bit of confusion. From wiring standards through to protective clothing, it seems that there are ‘rules and regulations’ all over the place. And, the creation of electrical joints and terminations is no exception.

To help electrical contractors, specifiers and buyers navigate their way around what they need to know, here is a brief introduction to four relevant pieces of legislation.

First on the list is the CLP Regulation, which covers the Classification, Labelling and Packaging of substances and mixtures. For electrical cabling installers, this affects the labelling of resins that contain Methylene Diphenyl di-isocyanate (MDI), the polyurethane hardener in resin mixtures, also often referred to as oligomers. MDIs are essentially hardeners that help to set the joint.

For individual substances, the requirement for suppliers to amend their labelling came into effect on 1st December 2010, and for mixtures, the deadline is 1st June 2015. There has been no legislation implemented to replace MDIs.

Impact: This piece of legislation relates to the use of resins when creating electrical joints and terminations.  Of course, some techniques obviate their need (for instance, ‘cold applied’ techniques that remove the need for heat sources). However, resins are still required in many situations and often in combination with cold applied techniques.

The CLP has classified MDIs tested in aerosol format as ‘carcinogen category 4’ (inhalation of vapour, suspected of causing cancer). This means that when resins are used in liquid form (as is typically the case in electrical jointing), the risk of cancer can be assumed as significantly reduced (category 2). The onus is on suppliers to ensure their labelling is updated, although for peace of mind, customers may wish to double check that has actually happened.

Perhaps more familiar to readers will be Registration, Evaluation, Authorisation and Restriction of Chemicals (REACH), which requires all companies manufacturing or importing substantial amounts of chemicals to register the chemical and intended application on one central database. It covers products that contain so-called substances of very high concern (SVHC) in excess of 0.1 percentage in weight.

REACH came into effect on 1st June 2007, but the timescales for different chemical products to comply varies. December 2010 saw the end of the first registration period for the most dangerous and/or higher volume substances.

Impact: Customers may wish to check what the REACH implementation status is of their current suppliers, particularly since considerable resources are required to meet REACH rules.

The RoHS Directive covers ‘the Restriction of the use of certain Hazardous Substances in electrical and electronic equipment’. It bans the placing on the EU market of new electrical and electronic equipment containing more than agreed levels of lead, cadmium, mercury, hexavalent chromium, polybrominated biphenyl (PBB) and polybrominated diphenyl ether (PBDE) flame retardants. The latest version of the legislation (RoHS Recast) was published on 30th May 2011 and has still to pass the parliamentary path, similar to a national law.

Impact: Electrical power cables with nominal voltages up to 250V are being added to the new edition of the RoHS, while all cables exceeding the upper limits for the Low Voltage Directive (LVD) will continue to be exempt. The CE mark will take over the additional function of a RoHS label.

The supplier is obliged to inform customers whether or not a product is RoHS compliant. It is then the customer’s responsibility to decide whether or not to use the product for the intended application.

The CE mark on a product indicates that the manufacturer or the importer for the EU has respected specified requirements for safety, health and environment as described in relevant EU directives, such as the Low Voltage Directive (LVD). Which products or product groups have to be CE marked has been expressed by the CE Marking Directive (CEMD).

So there are definitely several pieces of legislation with which electrical contractors, specifiers and buyers should familiarise themselves and check for supplier adherence. However, armed with a few simple facts, the rules and regulations, at least those governing electrical cable joints and terminations, are pretty straightforward.