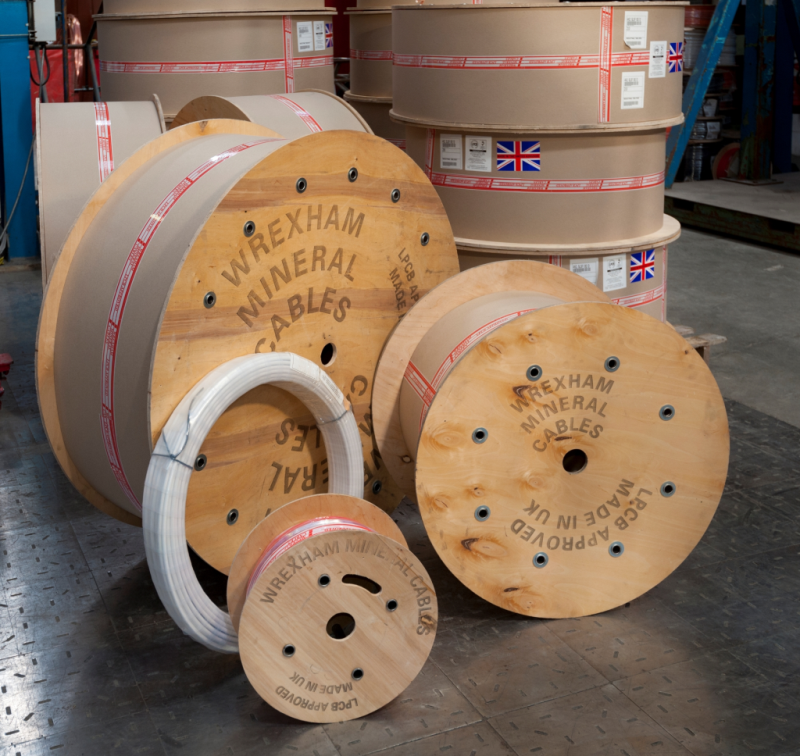 One of the world’s leading fire survival cable manufacturers has set a new industry benchmark for the production of mineral cable.

Wrexham Mineral Cables has completed its first full run of 4H25 cables on its recently-installed £5 million pound second production line in Ruabon, Wales. Previously, the longest length of four-core, 25sq mm mineral cable available from any supplier was around 115m. On its very first attempt, the team at Wrexham achieved 200m, manufactured to the BS / IEC 60702-1:2002 standard.

Colin Hughes, Group Manager for Wrexham Mineral Cables, said: “We are extremely proud to be setting new standards in the production of high-quality mineral cable. Our substantial investment in the very latest manufacturing processes continues to underpin our position as a market leader.

“Our capability to manufacture longer lengths of cable enables us to fulfil last-minute orders in a timely and cost-effective manner, benefiting our customers.”

Wrexham Mineral Cables produces fire survival cables used for critical electrical circuits such as fire alarms, smoke detection and extraction systems, and sprinkler systems. The company has sold more than 175 million metres of cable, with zero fails reported in the field. It rigorously tests every metre of cable before it leaves the factory – and is supported by a 25 years in-field system warranty.  The company is an approved supplier to the National Trust and its cabling also protects some of the UK’s most prized buildings, including the Houses of Parliament and the British Museum. 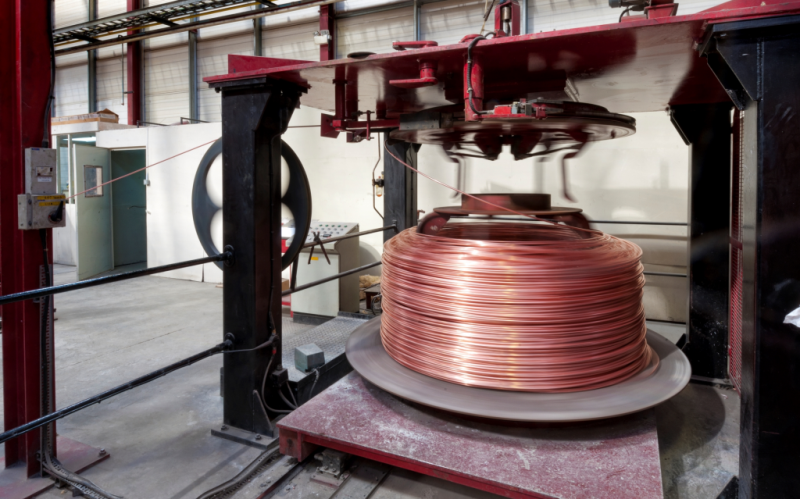 The company’s own cost analysis has found that installing mineral cable can be considerably cheaper than polymeric cabling.

“The safety benefits of mineral cable are fairly well understood,” added Colin. “We know that our product significantly outperforms polymeric cable when a fire occurs. However, we still find that there are a lot of myths surrounding the true cost of mineral cable, and how easy it is to install.

The company recently conducted a metre-for-metre installation test of its product versus a leading brand of polymeric cable. “Mineral cable took three minutes per metre to install, whereas the polymeric cable with conduit took five minutes,” said Colin. “At 40% faster to fit, there are huge potential productivity benefits to using mineral cable.”

Polymeric cable may often require a steel or nylon conduit to defend it from attacks by vermin and other pests, as well as protect it from impact damage. Conversely, mineral cable does not need conduit, as it has its own inherent mechanical protection. It is also relatively self-supporting; whereas polymeric cable and conduit requires comparatively significant quantities of clips, brackets and fastenings to support it. The conduit therefore represents an additional cost in terms of both materials and labour. 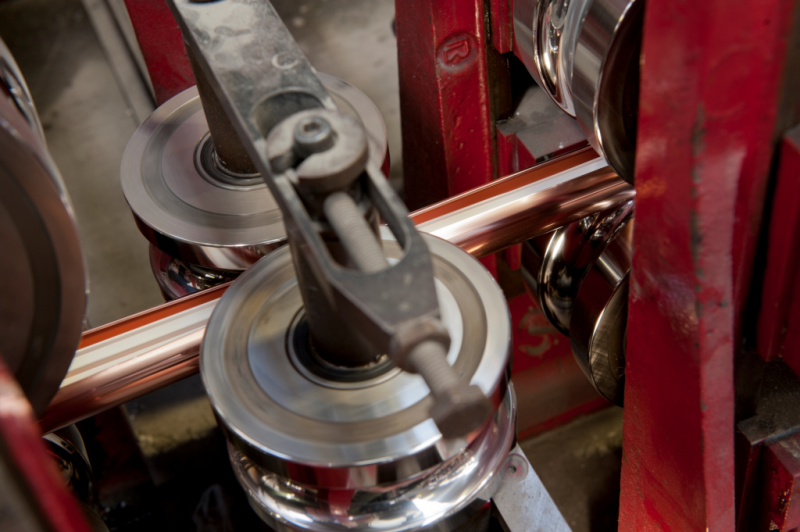 Polymeric cable will degrade anywhere under normal atmospheric conditions, including in the UK.  Where ambient and operational temperatures offer significant variation, cables on safety critical circuits might be replaced at least once in 12 years.  In the Middle East and Far East, cables can degrade to failure anywhere between and eight and 13 years.

Wrexham Mineral Cable is ‘fit and forget’, coming with a 25-year guarantee in all territories. In the UK, that means replacing the polymeric cable twice during the lifetime of the mineral cable – and up to four times in the Middle East or South-East Asia.

“A hidden cost of polymeric cable is the down time of the building,” said Colin. “These are critical safety systems, so you cannot have employees, shoppers, commuters, or tourists in a building while the safety systems are being inspected or replaced.

“Along with the building down time, there is the additional overhead of labour costs to rip out the old cable and replace it; as well as the costs of new cable, conduit and fastenings.”

In this analysis, based on replacing the polymeric cable twice during the lifespan of mineral cable, then mineral cable works out at approximately 50% cheaper. 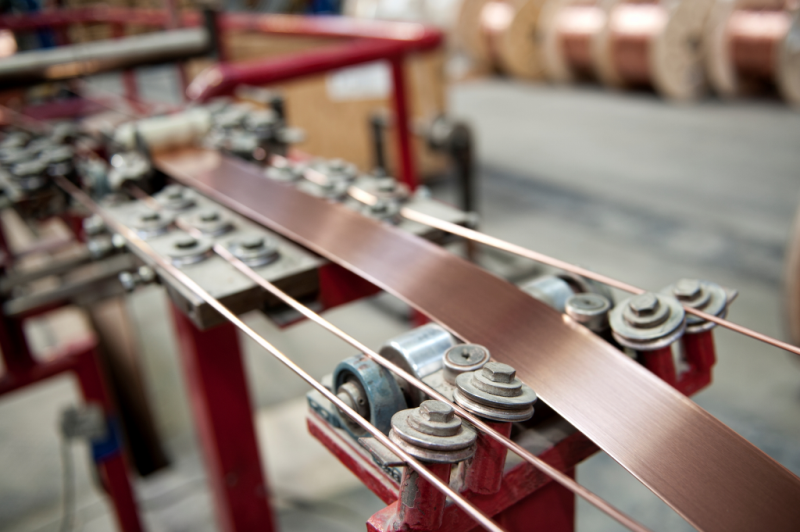 And in regions where polymeric cable has an even shorter lifespan, mineral cable can be up to 75% cheaper over its 25-year life.

The company can cut lengths to fit, and pre-terminate each length, effectively delivering a turnkey solution for contractors on site.

“There are four or five components that go into making each connector at the end of the cable,” added Colin. “We can assemble and fit them at the factory, so that all the customer has to do is clip the lengths together. We are the experts, so can do it in a more cost-effective way, saving the customer money. It also eliminates unnecessary waste and scrap on-site, helping contractors to meet their environmental obligations.”

For further information, please visit the company’s website, www.wrexhammineralcables.com or call on 01978 810789

NSSE celebrate 25 years in the UPS and Power Protection industry

On The Spot Labelling – Getting Your Product To The US & Canada