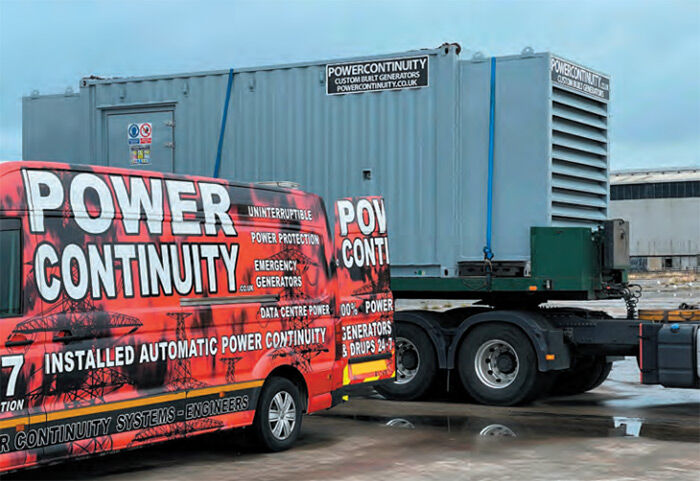 The recent fire on the French cable providing the UK with nuclear power from France has severely reduced the grid resilience to almost zero, says Power Continuity’s director John East

One of the problems is that there is insufficient backup grid capacity, called resilience, to cover the shortfall from renewables when the wind doesn’t blow, and the sun doesn’t shine during these dark winter days. Remember that most of the coal-powered plants have already been decommissioned. The remaining couple of coal powered plants are due to close in early 2022. Then there’s nuclear, even Dungeness is set to close – that has the effect of UK nucleargenerationcapacity in freefall. Power Continuity is in real demand today. Have you installed yours?

HERE’S THE REAL WORRY – THE FACTS YOU COULD SAY ‘THERE’S ALWAYS GAS, SO WHO NEEDS ANYTHING ELSE?”

The UK has slashed its gas-storage capacity in recent years. Reportedly, the UK is currently storing just 3% of its annual demand in local gas terminals – that’s just a few days’ worth. Wholesale gas prices have risen by 250% since January after a cold winter, running down levels of stored gas to critically low levels. Risks include a protracted cold spell another, ‘Beast from the East’.

Recently Ireland froze power exports to the UK, fearing outages as energy prices continued to surge across Europe. The Irish issued an amber warning on September 9, referring to a “general shortfall” of electricity which could result in power cuts. It seems that the proliferation of power-hungry data centres is putting a strain on the Irish grid.

In recent weeks, many smaller energy companies have ceased trading, including Edinburgh-based People’s Energy, which supplied gas and electricity to about 350,000 homes and 1,000 businesses, and Dorset-based Utility Point, which had 220,000 customers as well as businesses.

Put simply, your grid power is no longer as resilient.

HOW TO SURVIVE WITHOUT BEING DEPENDENT ON THE GRID

Our mission at Power Continuity is to eliminate all and any disruptions that are caused by random power dips, spasmodic brown outs, over voltages and under voltages, as well as total grid loss, to allow your company to perform and deliver on time, every time.

Eliminate lost production – any momentary power dips will crash any crash servers or cause a robotic production line to react ‘out of sequence’ or shut down production lines, completely. Lost production can never be regained. Power Continuity can hold up your production to keep you ahead of the competition. You deliver – when others cannot.

Eliminate stress – without a totally automatic power continuity system, you’ll get stressed out not knowing which power issues will mess up your week. Let Power Continuity eliminate stress once and for all.

Eliminate worry – about letting down your customers. Saying the same excuses to try and cover reasons why a momentary over voltage knocked out machinery, because you have no inventory to deliver today. Power Continuity will eliminate this worry too.