Winder Power, a UK manufacturer of power and distribution transformers, has secured one of its largest contracts to date with the Port of Felixstowe, Suffolk. The project requires Winder to design, manufacture and install 26 package substations; which will enable all diesel-powered gantry cranes at the port to be electrified.

Winder’s technical compliance and quality of service and product, including competitive pricing, separated it from the eleven other worthy bidders. The project work will be carried out at Winder’s state-of-the-art 80,000 square foot factory in Leeds and on-site in Felixstowe, commencing in the summer of 2015 and running until the spring of 2018.

This is the first partnership between the Port of Felixstowe and Winder Power but signifies a large milestone for the transformer company as it commences work with the largest container port in the UK and one of the largest in Europe.

Speaking about the contract win, Laurence MacKenzie, group managing director at Winder Power, said: “This project is one of the largest that Winder Power has undertaken in over 100 years of existence. A team of experienced engineers, led by our operations director Andy Pinkney and projects manager Dean Sumner, will be in the factory and on-site for approximately 3 years to ensure the successful completion of the project.”

The Port of Felixstowe is the UK’s largest and busiest container port, handling more than 4 million TEUs (Twenty-foot Equivalent Units) and over 3,000 ships annually. It offers services to and from 365 ports around the world. Together with its exceptional rail and road links that connect it to distribution hubs across the UK, Felixstowe plays a pivotal role in keeping the UK’s trade moving.

Winder specialises in the design and manufacture of electricity transformers of up to 60 Megavolt Amperes (MVA). To put this in context, one 60MVA transformer has the potential to supply electricity to around 30,000 homes. These transformers play an important role in the electricity supply process as they are used to draw power from the grid at high voltages, and then to supply industrial and commercial premises. 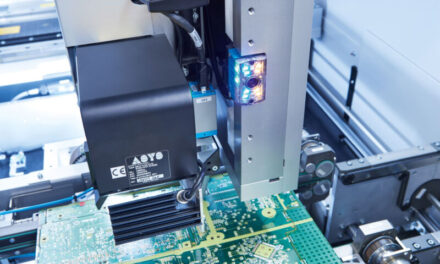 Do you have the knowledge?