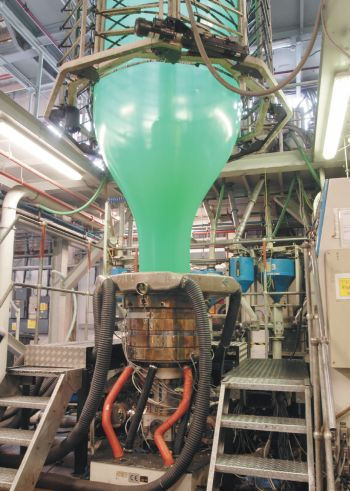 A compressed air audit conducted at Gelpack Industrial revealed that 40.18% of the input energy used to power its compressors was not productive, and that the system pressure was kept above what was required. This was due to the inefficient operation of two fixed speed, 75kW compressors, which were used on a rotating system to provide compressed air to the factory. The audit highlighted the potential savings that could be made by retro-fitting a variable speed drive package to reduce offload running and match air generation more closely to system demand.

An area that can use a lot of non-productive energy is compressed air generation. Many companies are still unwittingly operating systems very inefficiently through excessive compressors idling and unnecessarily over pressurising systems.

Suspecting that this was the case with its own system, Gelpack Industrial commissioned an audit to test its compressed air system’s efficiency. The audit lasted a total of 187.9 continuous hours, during which data was logged every five seconds. The audit revealed that 40.18% of the energy used to run the compressed air system was non-productive. The pressure in the system also fluctuated between 7.64 bar and 8.63 bar – the optimal system pressure for the site is 6.97 bar.

Paul Burns, speaking for Gelpack Industrial, said, “We were aware that compressed air systems often run inefficiently so decided to examine the possible savings that could be made. EnergAir was able to show how a variable speed drive, sensor feedback and a basic communication box could almost halve the cost of running the system. Recommending a retro-fit VSD package rather than a whole new compressor also made the costs far more manageable.”

In order to improve the site’s efficiency it was recommended that Gelpack retro-fit a VSD to one of the existing compressors. The retro-fit variable speed drive and control package ensured the system synchronised between the two compressors, and is able to maintain the mechanical integrity of the compressor and actually enhance electrical protection, thereby ensuring the upgrade would not adversely affect the compressor.

Using the VSD to generate compressed air that matches demand has meant that Gelpack has seen massive savings since installation. The system now runs with over 92% efficiency, at all times keeping within 0.21 bar of the optimal system pressure. This increased efficiency has reduced annual energy costs by over 45%, saving over £15,000 per year.

Due to the savings achieved, the equipment has paid for itself within a matter of months and, because of the success of the installation, group company Gelpack Excelsior, has also completed a similar upgrade to its compressed air system.

Burns added, “With the new EnergAir system it is extremely simple to manage the entire compressed air system. The energy savings that it produces has made the entire site far more economical. As well as the savings we make on energy we are also eligible for a government grant that meant a substantial discount on the equipment purchased.”

With the tough economic climate affecting most manufacturing, and ever increasing public focus on energy conservation, it is important to consider ways in which energy wastage can be reduced. It is essential to ask questions of a current system to identify where improvements can be made: Has the demand profile been mapped? Are the compressors on the site the right combination of sizes? Has energy use been recorded and benchmarked so that the impact of any changes made can be validated? Are multiple compressors being controlled by an effective management system? Is a new VSD compressor the right solution, and can its capability for energy saving actually be realised?

Asking these questions will ensure that the potential savings on compressed air are realised. EnergAir has assisted in this process by producing a free online Compressed Air Energy Savings Estimator which can be found at www.energair.com. This provides users with an estimate of potential savings, both in cost and kW.

Jobs for the Girls backed by Dragons’ Den star

An insight into Kent based civil engineering company, Livis 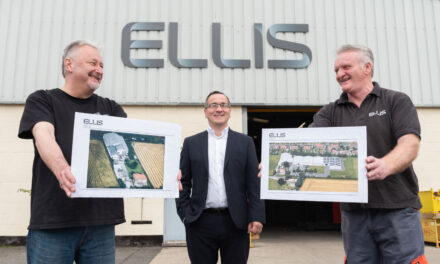