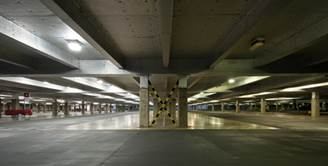 Venture Lighting Europe has supplied a purpose-made retrofit gear tray to help a Costco store in Birmingham reduce its energy consumption and improve the lighting of its underground car park.

The 300 fittings are located in the store’s underground car park, which required high levels of light to promote a safe and customer-friendly environment.  Due to the nature of the car park, fixture replacements would have been extremely expensive and would have required extra drilling into the concrete structure, creating a lot of mess and disruption to the car park. Venture’s retrofit solution eliminated all of this whilst keeping the costs and installation time to a minimum. 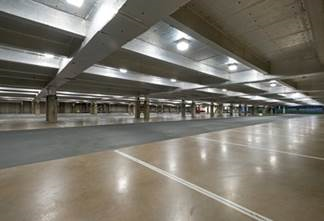 Baber Zaman, Store Manager at Costco Birmingham, commented “As part of a general improvement to the warehouse we decided to switch to LED with the help of Solent Lighting to reduce the running costs of the car park lighting, which was being used as much as 20 hours a day. Solent chose Venture’s LED gear trays as the best solution for our requirements. With the new LEDs we are now getting improved light levels at a lower usage and we are very pleased with the new lighting so far.”

The 50W LED retrofit gear tray was created by Venture to meet the light and performance demanded by the car park, and is purposely designed to fit the existing luminaire body. Comprising three of Venture’s high performance linear LED modules and a 50W fixed output driver, the new gear tray delivers excellent and reliable light, with an efficacy of up to 148 lumens per circuit watt. The new LEDs also offer a light life beyond 60,000 hours to eliminate any lamp failures and replacements. 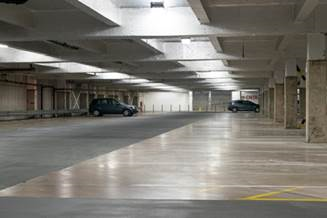 In using the LED retrofit gear tray, the store was able to keep its existing IP65 non-corrosive fixture which is best suited for the application. Being an underground car park it was important to the store to use a robust luminaire that is dust and water resistant and can withstand various temperatures and conditions.  The retrofit solution allowed the store to keep the existing fittings, all of which have proved effective since the original installation.

The store’s existing non-corrosive luminaire uses a prismatic polycarbonate refractor to allow for excellent control of light distribution. This cover is also designed to be extremely robust and vandal resistant to ensure no damage can be done to the luminaire which may compromise the performance or distribution of the light.

The modules and driver used to create the gear tray is amongst many different options developed by Venture for similar purposes. The company offers a range of LED lighting, including square and linear modules and various fixed output or dimmable drivers to create high efficiency and high performance luminaires for the commercial and industrial markets.

Further information on Venture’s range of LED components is available from the company on 01923 692600, by emailing: info@venturelighting.co.uk or by visiting the company’s website at www.venturelightingeurope.com

On The Spot Labelling – Getting Your Product To The US & Canada