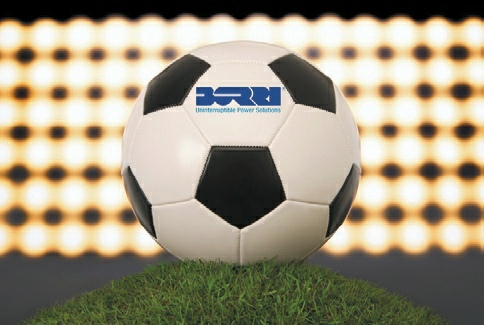 The stadium’s existing UPS equipment was becoming unreliable after reaching the end of its life span supporting the security and IT systems. As a result Borri installed its B9000FXS 60kVA UPS system, and dismantled and safely disposed of around 4,000kg of lead acid batteries. The project was completed to a strict deadline between Wigan FC’s first two home matches in the 2011 Premier League season.

Emergency power is an essential safety element of the electrical set-up in all major sports stadia, particularly on match days. At the DW Stadium, Borri’s UPS equipment is providing electrical protection to the ticketing IT system, turnstiles, dressing rooms, CCTV and PA systems.

Stadia of top professional football clubs are significant users of energy and in addition to hosting football and rugby matches, the DW Stadium is also a popular venue for conferences, product launches, wedding receptions and parties.

DW’s stadium manager, Alan Sumner, said, “Considering the very tight timeframe Borri was working to, the planning, installation and commissioning of the UPS went seamlessly. There was no disruption to our operations. In fact, it was so seamless staff in our ticket office were totally unaware that the commissioning had even taken place. We would certainly use them again.”

An additional feature of Borri’s ECO-UPS range is that it has Smart On-Line technology (SOL), which monitors the quality of power supplied and chooses the most efficient operating mode, based on the environmental conditions at the time, to achieve efficiency levels of up to 98%. This technology provides total operating control as the system will always revert to online double conversion (VFI) mode as default, until an operator defines the characteristics to run in high efficiency direct line mode.