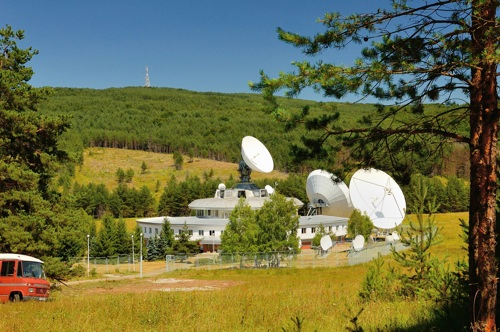 Power management company Eaton has helped advance the reliability and energy efficiency of radio and television broadcast stations throughout Bulgaria.

Following a recent review of its network and internal systems, including an extensive energy audit, NURTS Bulgaria AD identified that it needed to modernise its back-up power supplies to ensure its network is thoroughly protected against power outages and operating at the highest level of efficiency possible. Excellence in power quality and reliability is essential to NURTS because of the national importance of its services. Its clients include all national media in the country, telecom operators, internet service providers, cable operators, government bodies and many private and state companies.

In total over 200 new UPSs of varying sizes were needed across the network and a vital requirement of the UPSs was that they provided online communications capabilities so that NURTs could network all electrical equipment into a company wide monitoring and control system. Another important consideration was scheduling. NURTS needed to maintain its services throughout the project period and so systems could not be taken offline until there were substitute facilities available. To accommodate this, the project needed to be completed in two stages – firstly the preparation work, followed by the UPS installation and commissioning six months later.

The units were delivered, installed and commissioned by New System, one of Eaton’s authorised value added distributors (VADs) in Bulgaria, who worked together with Eaton on the project design. Kiril Kirilov, department manager uninterruptible power supply, who managed the project for New System, said that first class service levels were critical to the project being a success, “Eaton provided excellent support, not only in identifying the best technical solutions but also with deliveries, back-up and engineering support. This allowed our guys to really focus on the job and make steady progress with each installation.” 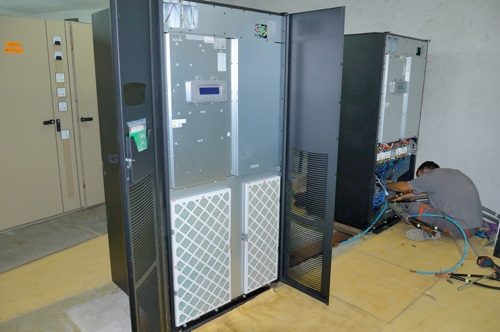 With an efficiency rating of over 95%, Eaton 9130 rack mount UPSs were selected for their energy saving potential. The 9130’s compact design was also important as it can pack up to 3kVA of power into only 2U of rack space. It also uses ABM technology to significantly extend battery service life and has a bright LCD user interface to simplify monitoring. The Eaton 9135 was also selected as it can be configured as a rack or tower UPS making it a versatile option useful in retro-fit applications like NURTS’. It is also recognised for its energy efficient design. All of the 9130 and 9135’s were supplied with the optional extended battery module (EBM), to allow longer battery runtimes, and optional maintenance bypass to ensure service continuity during UPS maintenance or upgrades.

NURTS also utilised Eaton 9390 UPSs in a parallel redundant set up to increase the reliability of its satellite control centre on Plana Mountain, one of the most important stations in the NURTS network. This UPS features scalable run-times and HotSync paralleling technology to provide power protection with high energy density for hypercritical systems such as satellite tracking and medical facilities. In use it combines energy efficiency with a double conversion topology that ensures there are no compromises in reliability and so was ideal for the Plana Mountain site.

Eaton’s Network Card-MS’s were also included so that, once installed, the UPSs could be connected to the company’s control and supervision IP network and monitored and controlled remotely. Real time monitoring of the sites’ power status – availability, quality, consumption and alarm history – has considerably reduced the chances of all or part of the network going down and eliminated the need for regular site visits for inspection of the power supply and the backup UPS systems.

Eaton environmental sensors were also installed in the broadcast stations to monitor ambient temperature and humidity and provide advance warning of dangerous conditions before valuable equipment and operations are disrupted.

Reviewing the project, Svilen Iliev, NURTS’ Energy and Facilities Manager, said, “The Eaton UPS units were easy to install and commission. Being network-enabled, connecting them to our existing monitoring and management network was not difficult.”

“The UPS systems include excellent protection mechanisms, so their reliability and functionality is incredibly robust. Since installation we have had no technical problems at all, so now consider Eaton to offer a superior technology that should further prove its quality and reliability throughout its whole operating life.”