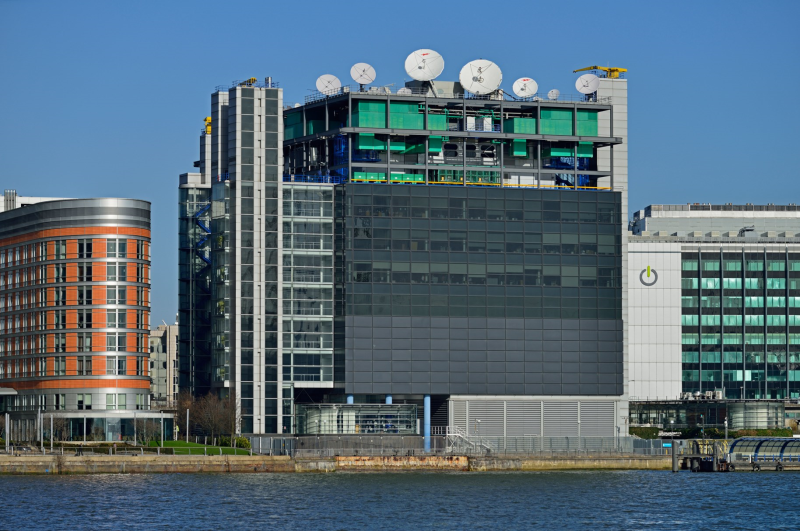 ‘The answer company’, Thomson Reuters provides business insights to clients, combining data and consultancy from its global network of 500,000 business analysts, lawyers, accountants, programmers and publishers.  The continuity of its power and data systems is business critical to Thomson Reuters, leading to an upgrade of its standby power facilities with future proofing provision for potential further expansion.

Unitrunk’s Speedway cable ladder was used for the HV cable installation.  Installed onto a network of channel with a rapid install coupler locking system, the cable ladder runs across the ceiling of the second floor and down to the ground floor switchboard via risers then from the switchboards to the existing supply.

The cable management installation involved a central spine of ladder, tray, trunking and basket on each floor with branches leading off the spine to each of ten rooms: two switch rooms, two generator rooms, one control rooms and five rooms for future use.

Unitrunk’s EasyConnect RIS cable basket has been installed for all the LV and ELV (control) cabling, while the company’s Uniklip RIS cable tray has been used to for the fire alarm cabling and its trunking systems have been used for lighting, power and security systems. All systems in the new standby energy centre have also been connected to services in the existing office building via a link bridge on level two.

Comments David Lee from TClarke: “While the cable management infrastructure at the new Thomson Reuters standby energy centre was a relatively straightforward layout with no ceiling void or cosmetic considerations, this installation involved a significant network of power, lighting, control and security cabling.

“Unitrunk was not only able to provide us with a one-stop-shop supply for all the various cable management systems and accessories we needed, they also helped us save time and labour costs on site with their re-engineered RIS products, many of which simply lock or clip together without the need for nuts, bolts or tools.”