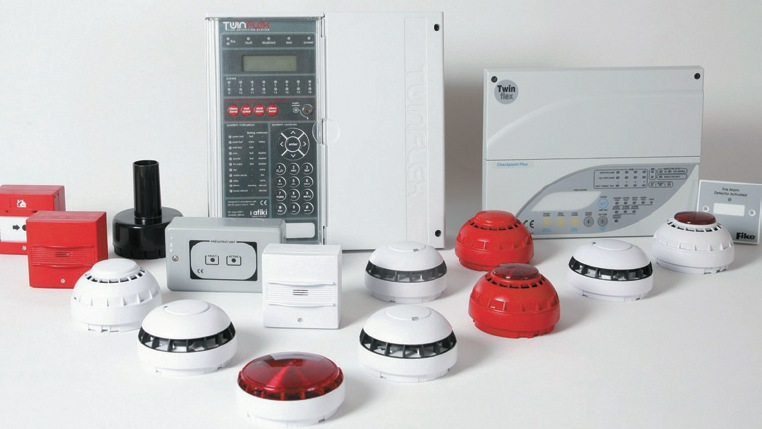 A Fike Twinflex fire alarm system, which was installed in a Blackpool apartment block, was called into action after just three days when it provided early warning of a fire, enabling the building to be evacuated and the fire to be successfully extinguished.

Blackpool-based DD Fire Alarms were initially called in to refurbish the existing fire alarm installation at the apartment block. However, after examining it the company determined that it would be difficult and costly to repair and also that, even if it was brought back into full working order, it would not meet current regulatory requirements.

DD Fire Alarms therefore proposed that a completely new fire alarm system, based on Fike Twinflex products, should be installed. The landlord of the apartment block, mindful of the need to safeguard his tenants and his property, agreed to proceed on this basis.

An attraction of Twinflex for this application was that the detectors, beacons and sounders are centrally powered, meaning there are no batteries to replace. This is particularly important in houses of multiple occupation (HMOs), as DD Fire Alarms has found that when battery powered devices start to beep intermittently to indicate that a new battery is needed, many tenants simply disable or damage the devices rather than fit a new battery. This leaves the tenants with no fire protection, and the problem may remain undiscovered for many months until the next routine fire system inspection.

The Twinflex two-wire system also has a built-in alarm confirmation delay feature that is particularly useful in HMOs. This is typically configured so that fire signals from the common areas or from manual call points immediately sound the alarms throughout the premises. In contrast, a fire signal from an automatic detector in an individual apartment initially sounds the alarm just in that apartment. Only if the fire signal from the apartment persists for more than a minute are the alarms sounded throughout the building.

This arrangement, which complies fully with Part 1 and Part 6 of BS5839, is useful as a fire signal from a single apartment may well mean nothing more than someone has burnt their toast, in which case raising a general alarm is unnecessary and disruptive.

At the Blackpool apartment block, DD Fire Alarms completed the installation of the Twinflex system on a Friday evening and on the following Monday the system was actuated by a fire in one of the apartments. On entering this apartment, the other residents of the building found that the occupant had set fire to a duvet and, in an unsuccessful attempt to smother the fire, had rolled the duvet up. This made it difficult to tackle the fire with a conventional handheld extinguisher.

However, the fire brigade had been summoned and on arrival were able to deal with the problem quickly. Because the Twinflex system had detected the fire and sounded the alarm so promptly, damage was minor and was restricted to the apartment where the fire had occurred, and the occupant suffered no lasting ill effects.

As a result of this incident, the fire brigade carried out an investigation that included an evaluation of the new Twinflex alarm system. They confirmed that this had played a major role in limiting the impact of the fire and that it fully met current legislative requirements.

Kentec in great shape at the gym

Fire outbreaks at UK telephone exchanges must be prevented