Super Rod has donated 40 safety tool kits to apprentices at Edinburgh College, as part of the company’s industry-recognised campaign with health and safety ambassador Louise Taggart to improve isolation standards in the electrical industry. 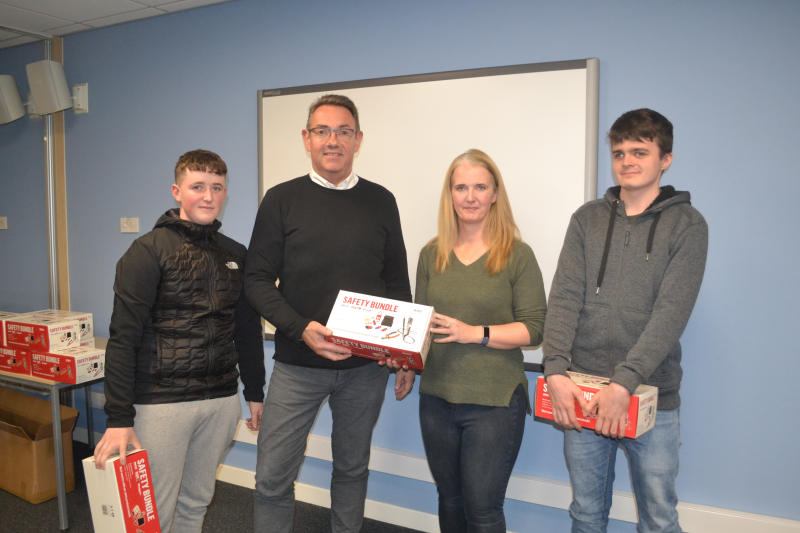 The donation holds a special importance to the safety campaign, as it was the college attended by Louise’s brother Michael Adamson – the electrician who died in a workplace incident in 2005, after coming into contact with mains voltage power. Michael would have celebrated his 40th birthday in March 2019.

On 11 November, Louise shared Michael’s Story with the Edinburgh College apprentices before helping Super Rod managing director, Malcolm Duncan, hand out the safety tool kits, which included a set of VDE rated insulated pliers from Klein Tools, a Megger Instruments voltage tester and a lock out kit from MCG.

The products chosen for the safety tool kit are of particular significance to Michael’s story as the findings of the HSE’s investigation into his death found that there was no lock out kit or voltage tester provided by Michael’s employer, and that the way pliers were being used by electricians meant their insulation was inadequate – all factors that contributed to the tragic events that unfolded that day.

By giving apprentices these lifesaving tools from the very outset of their professional careers, Louise hopes that no other family will have to endure what her family has been through.

Louise said: “My brother would still be alive today and celebrating his 40th birthday this year had safe working practices been followed on that job. While I can’t undo what happened that day for Michael, I can encourage apprentices to get into good habits and not accept anyone else compromising their safety – thanks to Super Rod, they now have the tools in their hands for safe isolation, and my sincere hope is this will be the generation who will no longer accept insulating tape as a means of isolation.”

Super Rod’s safe isolation campaign first launched in September 2018, with the results of a survey of the Electricians Community Forum on Facebook about the use of lock out kits and voltage testers. The shocking results put the issue of safe isolation practices firmly into the spotlight, but raising awareness wasn’t enough and Super Rod knew they needed to go one step further to make sure change would happen.