These are testing times 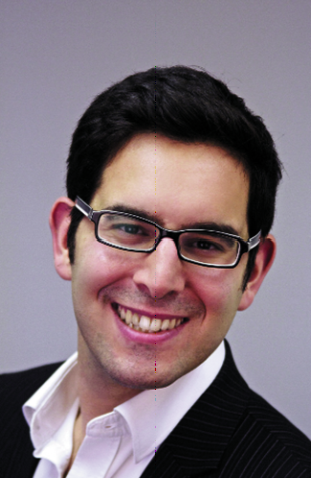 Resilience testing of standby power equipment ensures that vital electricity supplies are maintained in the event of an emergency. Here, KiWi Power’s Yoav Zingher explains how several hospitals throughout the UK are incorporating resilience testing regimes into their demand response programmes

Essentially, resilience is the ability of a building and its services to withstand the impact of an incident or emergency. Such emergencies might include acts of terrorism, civil disturbances, storm damage and unplanned interruptions to utility supplies.

Due to historically high levels of grid reliability, disruptions to electricity supplies are rare. However, to mitigate against loss of power, all healthcare premises are connected to the public electrical supply (PES), which is provided and operated by a local distribution network operator (DNO). It’s recommended, where possible, that larger healthcare premises should be supplied with a dual PES from separate DNO substations. These, in turn, should ideally be fed from separate parts of the National Grid in order to avoid having a single point of mains failure.

In addition to a dual PES, hospitals are also equipped with emergency standby power generators, which are designed to offer significant power capacity in the event of a supply interruption or outage.

The increasing use of power hungry devices within hospitals can result in electrical infrastructure running at full capacity. IT equipment, air conditioning and vital electronic diagnostic and monitoring medical equipment all require a constant supply of uninterruptible power. Without this, patient health is put at risk, particularly in departments such as operating theatres, cardiac wards, A&E and radiography, where life support equipment is used.

Recent events in the US demonstrated how inadequate standby power contingency plans forced several hospitals and medical centres to close and evacuate patients following Hurricane Sandy. Closer to home the failure of a 500kVA standby power generator at Watford General Hospital in November 2004 was caused by an excessive electrical load. 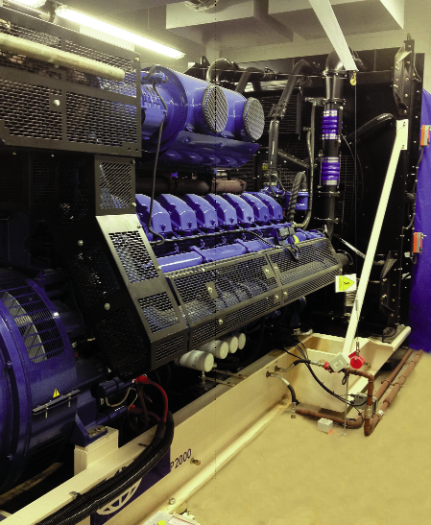 Several NHS run hospitals throughout the UK have improved their standby power resilience testing regimes through a programme called ‘demand response’ (DR). Demand response is an increasingly popular green alternative to the expensive carbon heavy ‘peaking power stations’ that the National Grid relies on during times of grid stress.

The process involves electricity demand management whereby participants temporarily switch off or turn down non-essential power. Alternatively, companies can switch over to their existing independent standby power generators for a short period of time – usually around an hour. This reduces electricity use and helps the National Grid to meet the needs of the country at times of grid stress without having to fire-up expensive and dirty coal fired power stations, or to import electricity from abroad.

Like a car engine, generators require frequent use to keep them working efficiently and, in order to ensure emergency preparedness, should be tested at least once a month. Testing ‘off load’ can cause poor combustion, soot formation, clogging of injector rings and unburnt fuel creating oil contamination. Fuel kept in storage for extended periods of time can lead to further deterioration and damage. Demand response allows standby generators to be tested ‘on load’ and at full capacity, making it an ideal way to prove engine resilience and optimise performance. Generators are most valuable in DR programmes where they are able to synchronise with the mains grid supply because they can support significant site electrical loads.

The National Grid is willing to pay organisations to use less electricity at times when it is struggling to meet peak demand. Larger organisations, such as NHS run hospitals, can earn up to £100,000 per year by participating in a DR programme with no upfront costs to pay. 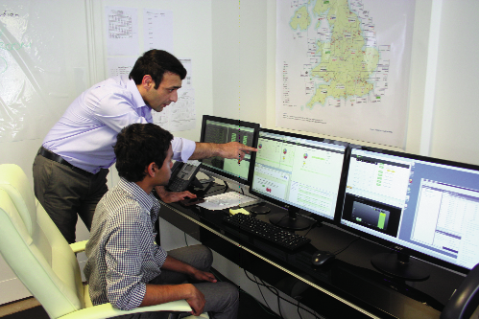 With four newly installed 2MVA, LV diesel generators and lower carbon CHP technology, Lister Hospital is provided with 4.5MW of electricity. This can be dispatched to provide short term operating reserve (STOR) and is able to avoid peak energy tariffs through TRIAD management.

A DR programme mitigates the risks associated with poorly managed back-up energy supplies. The advantages of such a scheme are that costly load bank testing is reduced, an improvement in generator reliability at times of mains failure, hour long run times so no alteration to generator cooling is required, and the replacement of a normal testing schedule with a revenue generating load test exercise.