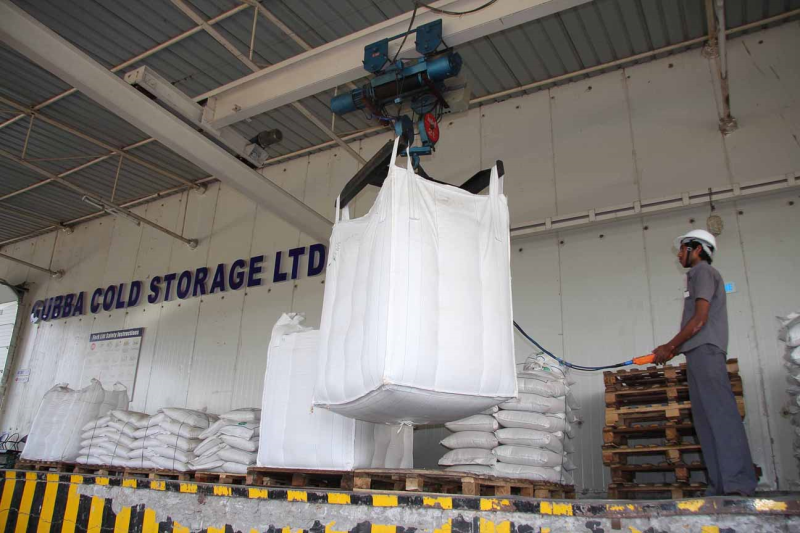 Gubba Cold Storage offers its customers cold storage facilities for a wide range of products, from plant seeds to pharmaceuticals. Every product has its own prescribed storage requirements so it is essential that Gubba’s eleven cold storage units maintain an accurate, consistent temperature, 24/7. Not only is this important from a customer service standpoint but also to optimise the cost of operation.

For this reason, Gubba has invested in Flir thermal imaging to prevent any insulation failures or electrical faults compromising temperature regulation and uniformity or increasing energy consumption.

Historically the company did not conduct any preventive maintenance for insulation leaks, they were simply repaired when they became evident. Although the company was swift to act there was always the danger that moisture ingress would disturb the required relative humidity. Also, the moisture would condense and freeze which would ultimately weaken the structure of the unit’s wall and diminish its insulation properties.

A chance meeting with Flir at an exhibition proved the turning point. “I soon discovered that it’s possible to scan large areas to look for insulation problems, find moisture beneath the insulation surface and much more,” explained Gubba Prashant. “So, we decided to buy one of Flir’s handheld thermal imaging cameras and we haven’t looked back since.”

The company chose a Flir entry-level troubleshooting camera and it is now in regular use to spot both insulation defects and electrical problems in their infancy.  Engineers can now scan electrical cabinets, components and connections to get an instant picture of potential trouble.

“We use our Flir camera extensively for safety checks in electrical panels and chiller rooms across various cold storage buildings,” Gubba Prashant added. “When it shows us an electrical cable that is much hotter than its environment, we instantly intervene to prevent the problem becoming serious.” He confirms: “A significant reduction in energy costs have also resulted from the repairs we have been able to do based on the information from our Flir camera.”

Thermal imaging has given Gubba Cold Storage the confidence that it is providing the very best service for its customers but because it is a visual technology, those customers can also see proof. After performing a thermal audit with the Flir camera, the company is now able to give its customers a report that certifies the accuracy of the unit’s temperature and relative humidity.

The benefits of portability