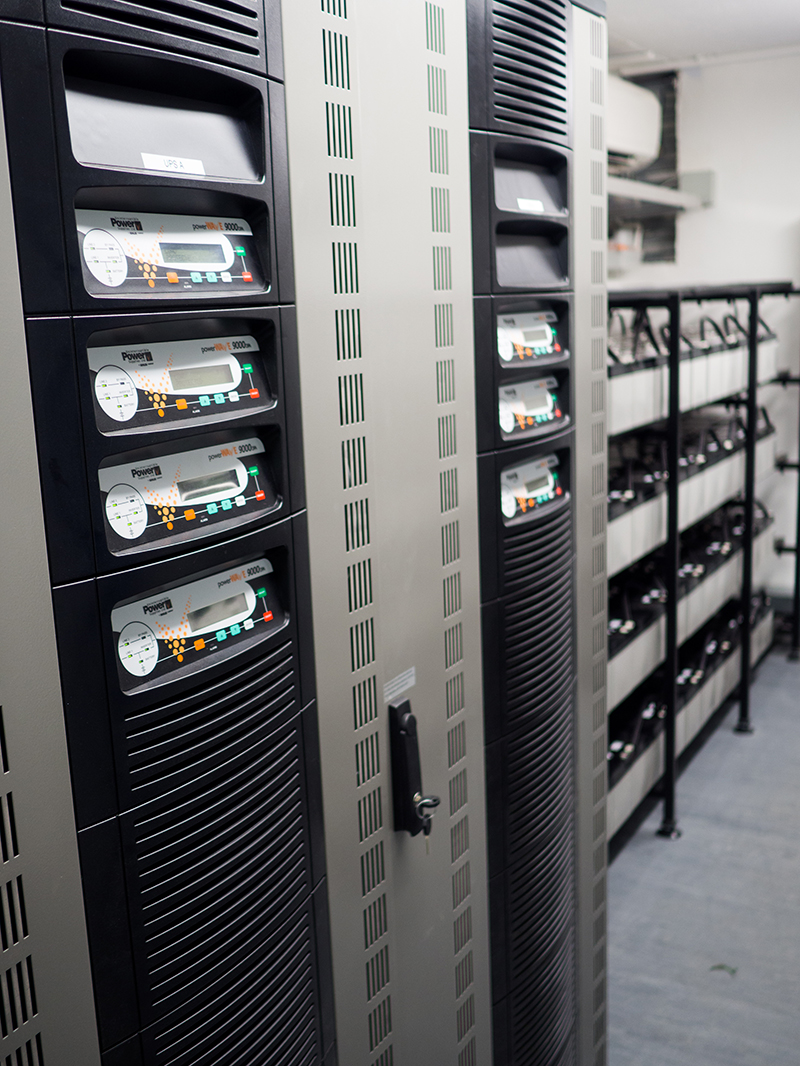 Since it opened its doors in 1583, The University of Edinburgh has been at the forefront of Scottish higher education. From Nobel laureates and Olympic champions to space explorers and prime ministers, its alumni continue to make history and play notable roles in the betterment of society. Supporting the varied needs of its students is fundamental to its mission and, as one of the UK’s leading research-intensive universities, regular investment is required to ensure its infrastructure is fit for purpose and futureproofed for the next generation of pioneers.

With this in mind, when it came time for a comprehensive review and upgrade of the institution’s data centre technology and supporting power protection infrastructure, selecting a UPS partner able to offer the right level of efficiency, flexibility and resilience was an important element of the larger project.

The situation was a familiar one. An aging UPS system that still met current power requirements but was inefficient and didn’t offer the resilience and ease of maintenance that was critical for the university’s future plans. The existing power protection equipment had been in place for more than a decade, and its traditional standalone technology was power hungry and didn’t support the ability to perform essential maintenance without taking the system offline and exposing the critical load to the risk of a mains-borne disturbance.

In the midst of the university’s IT and power protection review, which formed part of a larger efficiency drive across a large proportion of its real estate, the situation became more critical when the battery banks supporting the existing UPS burst, leading to a total loss of protection. Although protection was quickly restored, it was clear that a long-term solution was required without delay. 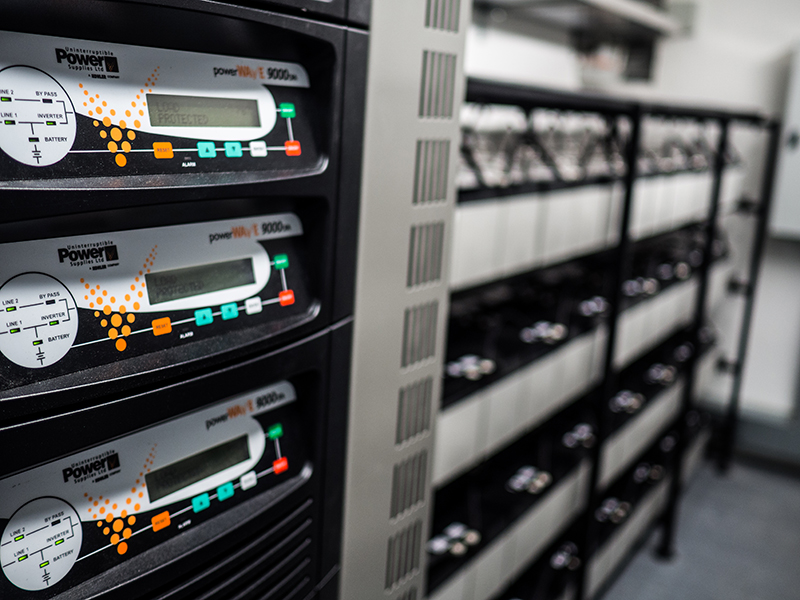 Understandably, for an institution where thousands of students and lecturers rely on the university’s network for all manner of essential functions, the implications of a loss of power could be catastrophic. Furthermore, its wasn’t just the main network that would be affected, everything from virtualisation technology to administration records would be impacted, as Graeme Wood, the university’s head of enterprise services, explains:

“For any university, robust IT and networking infrastructure is integral to the smooth running of our campuses, and our students and faculty rightly expect access 24/7. Any delay or restrictions would cause no end of problems for all concerned. We have several networks across the city, but the one in question supports all our information services and is the central network for the main university facilities and science campus.

“Following the incident with our power blocks, it was clear that the right solution was to design and install an entirely new system, taking a root-and-branch approach to guarantee the return on investment was maximised over the extended lifespan of the system. We needed a UPS that provided us with the necessary level of protection, but of equal importance was its ability to grow in line with our needs and have the modularity to ensure the system could remain online 100 per cent of the time. At a university like ours, we are also working within the confines of the available space, utilising buildings that are, in many cases, hundreds of years old. That adds another dimension to the requirements and an additional layer of complexity to the design and installation of any new equipment.”

As part of its renovations and upgrades, Graeme and his team set themselves the ambitious goal of removing all single points of failure and building a system that had comprehensive resilience, as he explains:

“Our objective was to get as close as we could to building a 2N system, with redundancy built into every aspect of the infrastructure – with the exception of the things we couldn’t change, such as our single supply from the grid and our existing generators. We decided we wanted to commission two complete systems to replace the single UPS that was then in place, along with the switch gear and every inch of wiring. We wanted duel power supply all the way from the external source, connected to two fully independent UPS systems and feeding two power outlets per server rack in an A & B configuration.

“This represented a massive shift in approach and a large increase in the amount of physical equipment we required, so with improving efficiency being another key tenet of the project, we needed a supplier that would work with our electrical contractor, Forth Electrical Services, and design a system capable of meeting all those requirements.”

“Collectively, my team and our contractor did our due diligence and went out and engaged with the marketplace. We looked at a number of UPS providers that focused on modular technology and could demonstrate the levels of efficiency we required. Another important selection criterion was the supplier’s ability to offer the right level of ongoing maintenance support, with guaranteed four-hour response times.“ 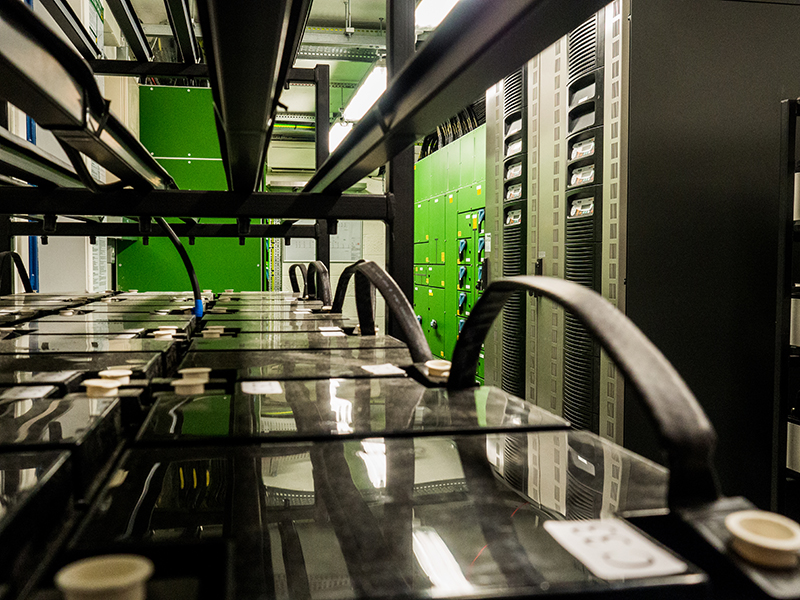 After reviewing a number of comparable systems and manufacturers, we decided that Kohler Uninterruptible Power (KUP) and its PowerWAVE 9000DPA represented the best fit for us. It scored well across the board, with a high-power density, no single points of failure, six nines availability and high efficiency credentials – and backed by a dedicated support team that is directly employed by KUP, not third-party contractors who work across multiple brands.”

It was at this stage that KUP was contacted by Forth Electrical Services and brought in to help specify the system’s design. Howard Rein, Area Sales Engineer for KUP picks up the story:

“Working together, the design for two identical systems was agreed, with each system consisting of two PowerWAVE 9000DPA frames, containing seven 50kVA modules working in parallel to provide 300kVA of protection, with the additional module providing N+1 redundancy.

“The chosen product and approach offered the university the best fit for its requirements, with notably higher levels of efficiency, despite the lower loading of each system due to the 300kVA critical load being shared across all four UPS frames. Equally, should the load increase, redundancy and resilience will not be affected, due to the PowerWAVE 9000DPA’s ‘hot-swap’ modularity and decentralised parallel architecture, which enables capacity to be added in cost-effective incremental steps if power requirements grow. Additionally, the ability to quickly add, remove or replace modules whilst the system is online significantly reduces mean time to repair (MTTR) and simplifies system power upgrades – both critical requirements for the project.

“The UPS system we were replacing was running at 70 per cent capacity and it wouldn’t have been possible to increase protection due to the product’s standalone nature and space constraints they were working under. The batteries the university had, and the age they were, also offered only 15 minutes of run time. With the new system, they have more than two hours and, based on their expected growth, it would be five years before they have to look at increasing the number of modules, and even then, it is such a simple process, what would have taken a lot of time and expense before, was now simply a matter of slotting in additional module – a process that takes around 30 minutes.” 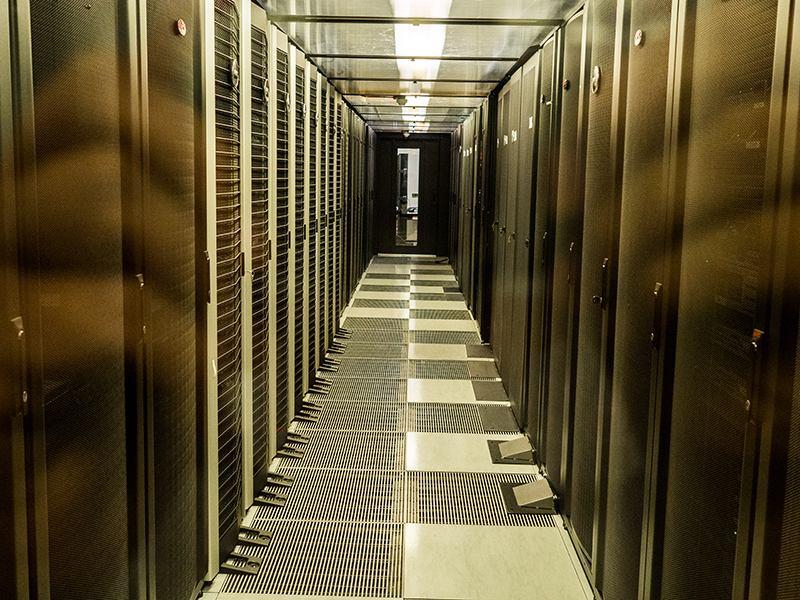 With the system design agreed and specified, the next challenge to overcome was commissioning. Available space was very limited but with careful planning and the experience of the KUP install team, the process went off with a hitch.

“The commissioning of both UPS systems, along with all the related battery banks and switchgear, went seamlessly. The KUP engineers were honestly fantastic. Each complete system is located in a different area of the building, effectively creating two separate installs but everything happened in line with the agreed schedule, no delays, no challenges that the KUP team didn’t manage to overcome, and every step of the process was explained so we knew exactly what was happening at all times.” Graeme added.

The installation of the PowerWAVE 9000DPA systems and related equipment has already provided the university with significant resilience and financial benefits. In addition to the massive increase in capacity, protection and redundancy, total system efficiency has also increased, as Graeme concludes:

“By realising our goal of no single points of failure and total resilience across our power protection infrastructure, we effectively doubled our capacity, but the size of the critical load the UPSs are protecting hasn’t changed, so you would naturally expect that efficiency would actually go down, especially as, historically, UPS didn’t like being loaded under 75 per cent. However, as was promised by the KUP team, that isn’t the case and efficiency has increased to over 95 per cent, at less than 50 per cent load across both systems. The reduced power losses equate to around 130kWh every day, which is greater than the power consumed by our core networking kit in the data centre. What’s more, as our load increases over time, those efficiency credentials will improve even further.”

A partnership made at the top of the O2