The sooner the better 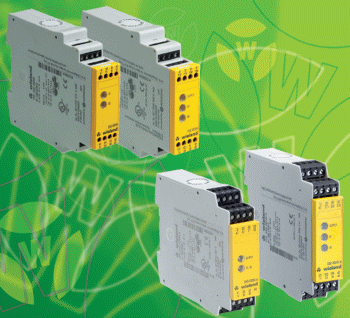 Compulsory compliance with the new Machine Safety Directive is just a few months away. Paul Considine of Wieland Electric suggests that the earlier the switch is made, the greater the benefits will be.

For just over a year machine owners and manufacturers have had the choice of complying with the old Machine Safety Directive, based on EN 954-1, or the new directive, in compliance with EN ISO 13849-1 or EN (IEC) 62061. However, that choice will end at the end 2011, when all machine safety systems will have to comply with the new directive.

Many companies have already made the switch and with good reason – relating not just to safety but also to reducing operating costs and minimising down-time.

The key factor is of course safety, and the fact of the matter is that there are many new technologies that are now fundamental to modern safety systems, and EN 954-1 no longer meets their requirements. Essentially, it’s too simple to cope with the programmable electronics that have done so much to increase the functionality of safety systems. So, while EN 964-1 uses a simple category system to focus on calculated risk, EN ISO 13849-1 goes further by examining complete safety systems, including all their components. As such, it essentially addresses what is already standard practice in most applications.

Therefore, EN ISO 13849-1 facilitates the wider use of programmable safety relays and this in-turn makes it easier for users to take advantage of the resulting benefits. In parallel, the cost of programmable safety technologies has come down dramatically in recent years, so those benefits can be realised with a much faster return on investment. There has also been a move towards greater modularity, exploiting the functionality of these newer processing technologies – which introduces additional cost savings.

In Wieland’s experience, the cost of a system using three or four stand alone relays is roughly the same as that of a programmable system. Larger systems tend to deliver greater savings, while smaller systems may be a little more costly in terms of capital outlay but the additional cost saving benefits will generally outweigh this. 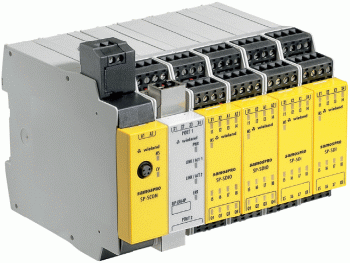 Starting with the design process, a major benefit of programmable safety relays is that they can be tested in the software before any installation work begins. At the same time, a flexible logic editor makes it quick and simple to spot potential problems and eliminate them at the design stage. This means that much less time will be spent in on-site testing, reconfiguration and re-testing, compared to dealing with stand alone relays. 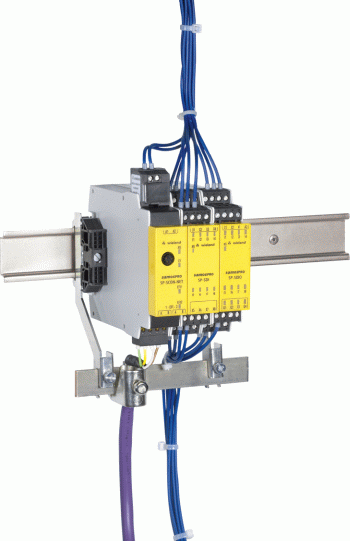 Once installation is complete, the commissioning process is also curtailed because any errors are highlighted in the software. And, if someone decides to make adjustments during this process and they don’t work, the original settings can be quickly restored through the software. The software also incorporates a full reporting structure linked to the technical file, so that all information is recorded without manual intervention and reports can be generated very quickly. Feedback from users indicates this ease of reporting has helped them to understand their maintenance patterns in greater depth and utilise their resources more effectively as a result.

Nor are the time savings limited to installation. Traditionally, when a fault occurs, considerable time can be spent in locating the fault – often longer than it actually takes to fix it. Very often, that time will be consumed by specialist engineers on an eye wateringly high hourly rate. A major benefit of programmable systems is they offer the diagnostic capability to make fault tracing much quicker. So significantly less time is consumed in rectifying faults, down-time is reduced and less money is spent on specialist skills. In fact, very often, once the fault has been identified it can be put right without any specialist input over and above that of in-house engineers.

Apart from the operational benefits there are also clear commercial benefits to compliance with the new directive. For example, if you are a machine owner and expect to sell a used machine in a few years, this will count as ‘placing a machine on the market’ and will require compliance with the new directive. So, complying now will save a lot of re-testing and potentially, upgrade works in the future. It may also make CE marking more straightforward.

Given the numerous benefits of complying with the new directive, there can be little point in delaying to the last minute. The sooner you switch, the sooner you will reap the rewards.

BSRIA gets set for 2018 Year of Engineering

Major event for UK manufacturing in 2017