The foundations of recovery

In his regular column for Electrical Engineering magazine, Steve Bratt, ECA Group CEO, discusses the importance of construction to the wider economy

There’s no doubt in anyone’s mind that the recession is continuing to grip homes and businesses, and it doesn’t look like the economy will take an upward turn any time soon. According to the most recent figures, GDP fell by 0.5% in the second quarter of 2012, so economic recovery remains an ambition rather than a reality at present.

For the same quarter, the Office for National Statistics (ONS) reported a 3.9% decline in construction output. The simple truth is the construction market is very weak at the moment. Traditional growth areas like healthcare and education are sadly no longer buoyant. Where work is available, it tends to be more on refurbishment projects than new build, and even then, budgets are tight.

The importance of construction to the wider economy should not be underestimated. The UK Contractors’ Group (UKCG) has recently launched the ‘Creating Britain’s Future’ campaign, which highlights the contribution the construction industry can make to help get the country back into growth. The campaign, which the ECA supports in full, calls on the government to take action to back the industry and stimulate the wider economy by boosting spending on infrastructure.

In an open letter to the government published in the Daily Telegraph in July, I joined fellow senior figures from the construction sector in emphasising the important contribution that the industry makes to the economic well-being of the UK. UKCG figures show that for every £1.00 invested in construction, £2.84 is generated in economic activity and growth.

For the good of the country

The annual turnover of the UK construction industry amounts to £100bn (around ten percent of GDP). The industry provides employment for more than three million people, with the electrical industry accounting for ten percent of that, and supports more than 300,000 companies, the vast majority of which are SMEs. The construction sector and its supporting industries are a resource that needs to be supported and nurtured, for the good of the economy and the country.

Although there are restraints on public sector spending, we believe more could be done to stimulate construction and create growth, particularly by speeding up decision making and finding new ways of financing projects.

On a related note, the new chief construction advisor (CCA) Peter Hansford takes the reigns at end of November. A previous president of the Institution of Civil Engineers, Hansford’s background in the industry should bring a wealth of experience to the role. Paul Morrell made a great contribution as CCA, particularly the progress made with prompt payment, and I’m confident that Peter Hansford will build on his excellent work. 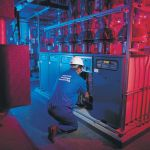 The CCA plays a vital role in ensuring Britain’s construction sector is equipped with the knowledge, skills and best practice it needs in its transition to a low carbon economy, as well as with the delivery of the National Infrastructure Plan. In the current climate, this role is a key one, and as he prepares to take-up the position, we would like to see him:

l Persuade government to prioritise spending on ‘shovel ready’ projects that will have an immediate positive impact on the construction sector, as well as the economy as a whole.

l Ensure that the government sticks to its sustainability plan and green agenda.

l Ensure the UK’s skilled industries have the depth of talent needed to serve developing needs and markets.

l Ensure that the progress on central government prompt payment reforms is extended to the whole public sector.

It’s vital that the government takes all measures available to boost construction as a way of kick-starting the economy and creating jobs. Construction is a proven investment and something which the government needs to recognise and nurture if we are to start our journey back to economic prosperity.

Electricians can save time with new iPad App

Stay cool and discover the hottest new technologies at HVAC 2017 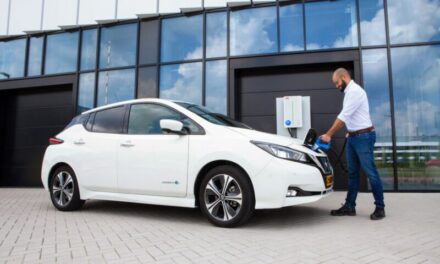