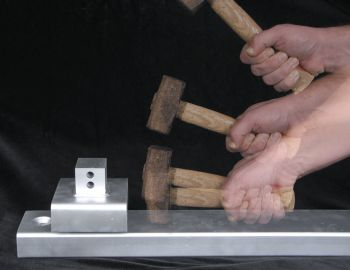 Last month Electrical Engineering ran the first part of feature looking at how design engineers select the right position sensor from the myriad that are available. Mark Howard, of Zettlex, continues the story

Last month we looked closely at potentiometers, optical encoders, and magnetic sensors, discussing the characteristics and relevant applications of each and looking at the various pros and cons. We now complete the picture, starting with magnetostrictive sensors.

These sensors use an unusual phenomenon called ‘magnetostriction’, which is present in some materials. When a magnet approaches the material it causes energy passing along the material to reflect. Position can be measured from the time it takes a pulse of energy to move along and back a strip of magnetostrictive material.

The strip must be carefully held in a housing such as an aluminium extrusion. The housing means that magnetostrictive devices are robust and suffer no wear or lifetime issues. Each sensor needs to be calibrated by the manufacturer and this, combined with the precision housing, makes magnetostrictive sensors relatively expensive.

The technique is sensitive to any other influences on the time of flight – most notably temperature. Magnetostrictive data sheets often quote accuracy at constant temperature, so design engineers will need to do their own calculations using the quoted temperature coefficient.

A capacitor is an electrical device that accumulates charge. Typically, it has two conductive plates separated by an insulator. The amount of charge the capacitor can store varies according to the size of the plates, their percentage overlap, their separation and the permeability of the material between the plates. In its simplest form, a capacitive position sensor measures plate separation. Displacements are typically over ranges of less than 1mm for load, strain and pressure measurement. 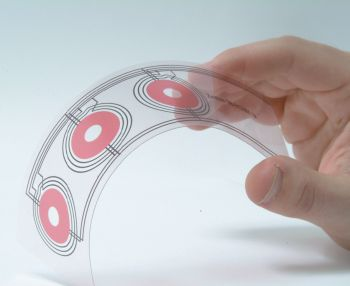 Another form is used for rotary or linear position sensing in which a series of plates are cut or etched along the measurement axis. As another plate moves across them, the capacitance of the circuits along the axis varies indicating the relative position of the two parts.

Linear inductive position sensors are commonly referred to as variable reluctance or linearly variable differential transformers (LVDTs). Rotary forms are known as synchros or resolvers. These all work on inductive or transformer principles and have been used for more than 100 years.

LVDTs use at least three wire spools – a primary and two secondaries. As the rod moves, it varies the electromagnetic coupling between the primary and secondary spools. The ratio of the induced signals indicates the position of the rod relative to the spools. This ratiometric technique is key to the LVDT’s high stability and measurement performance.

Traditional inductive sensors have a reputation for reliability and are typically chosen for safety related applications in aerospace, military, nuclear and industrial sectors.

Whereas optical and magnetic sensors (see Electrical Engineering – June) require electronic circuitry adjacent to the sensing point, inductive sensors can displace the electronics away from the sensing area, which enables the sensor to be located in harsh environments with the electronics in more benign locations.

New generation inductive sensors use the same principles as traditional inductive sensors, so they offer good, non-contact measurement performance irrespective of the operating environment. However, rather than use bulky spools of wire, these sensors use printed circuits on flexible or rigid substrates.

The transition to printed windings brings other specific advantages:

l A large reduction in production cost, size and weight.

l Eradication of sources of inaccuracy from the winding process.

EMC performance is generally as good as that of resolvers or LVDTs. This is evidenced by selection of new generation inductive devices for aerospace and military applications.