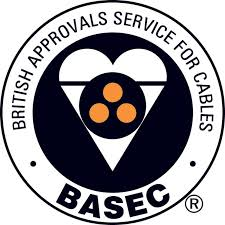 The British Approvals Service for Cables (BASEC), the international leader in product certification services for electrical, data and signal cables and ancillary products, will be showcasing the latest advances of its world-class cable testing laboratory at Middle East Electricity Exhibition (MEEE) at the Dubai International Convention and Exhibition Centre from 2nd to 4th March 2015.

Since the launch of its cable testing laboratory in 2012, BASEC has continued to make significant investments to serve the demands of cable manufacturers and standards authorities across the world. Over the last year, BASEC has commissioned brand new test equipment, increased its fire testing services and extended its United Kingdom Accreditation Service (UKAS) accreditation to include ISO 17025, an international standard that specifies the competence and quality management system requirements for laboratories that provide testing and calibration services.

In the United Arab Emirates, BASEC has also been awarded pre-qualification status as an independent testing laboratory for low voltage cables by the Abu Dhabi Water and Electricity Authority (ADWEA).

Glynn Stainthorpe, business development manager at BASEC said: “The forthcoming implementation of the Construction Products Regulation 2011 (CPR) has implications for cable manufacturers in the Middle East who export into the European Union. We expect there will be an increased demand from cable manufacturers for the fire testing of cables in accordance with the CPR seeking to conform to the regulations.”

To prepare for this, BASEC has made a substantial investment in its laboratory equipment with the introduction of three new re-configurable fire test labs, and a 3.5m tall ladder rack rig for vertical fire tests on cables (IEC 60332-3-22 to 24 and BS EN 50399) complementing BASEC’s existing three metre cube chamber for smoke emission tests (EN 61034-2) and halogen testing facilities.

“We are looking forward to discussing this issue with delegates at MEEE and offering advice on how to prepare for CPR going live,” said Glynn.

For more than a decade, BASEC representatives have been working in the Middle East serving reputable cable manufacturers who hold BASEC certification for their products. BASEC has also developed strong links with key local regulators, utilities and industry groups who seek to drive forward quality, service, and safety standards in this globally connected region.