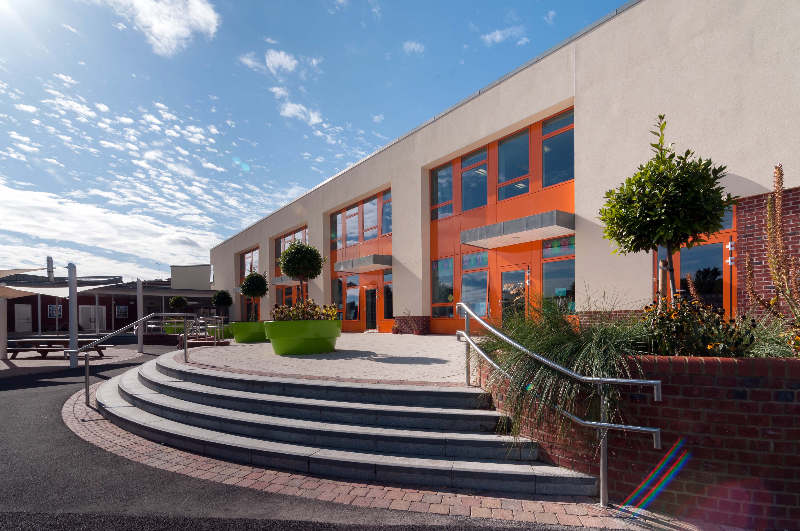 PEL Services, one of the UK’s foremost providers of commercial fire, security and communication systems, has completed the installation of a new access control, intruder alarm and fire alarm system for a school in Reading, Berkshire.

St John’s CE (Aided) is a multi-cultural, multi-faith, Church of England Primary School. To expand its capacity and modernise its facilities the school has recently undergone a major refurbishment and a new building has been added to the site.  In order to meet the deadlines in place, work on the existing building had to commence during term time, with contractors such as PEL working overnight and during the weekends.  Each weekday, the school had to be in a safe condition to welcome its pupils, making for a challenging working environment.  PEL Services worked with the main contractor and the school to ensure all deadlines were met and interruption to the school day was minimised.

PEL designed and installed a commissioned site wide security and fire alarm systems at St John’s, covering both the new and existing school buildings in addition to the onsite church.

A British manufactured Paxton proximity access control system was chosen by PEL and installed to the school and church’s main entrances.  The system was chosen as it has been designed specifically for external use and is an easy to operate standalone product that offers a good level of security for small to medium sized applications such as this.  As is standard practice, the access control has been integrated with the fire alarm system to ensure the magnetic door locks are released when the fire alarms system is activated for quick building evacuation.

The fire alarm system features 150 Apollo addressable devices controlled by two Advanced Electronics fire panels, one covering the existing school and Church and the other the new school building.  The panels have been networked by PEL to form a single site wide system.

Both the fire and intruder alarm systems are remotely monitored by a DualCom Digital Communicator installed by PEL.  The DualCom Digital Communicator utilises dual signalling, wherein the alarm system communicates with a monitoring station using both wired (telephone) and wireless (GPRS/GSM) communications for increased reliability to send a signal from the school premises to the Alarm Receiving Centre (ARC).

A major project, PEL Services was awarded this contract due to its extensive experience in fire and security, its considerable work with schools and its competitive pricing.