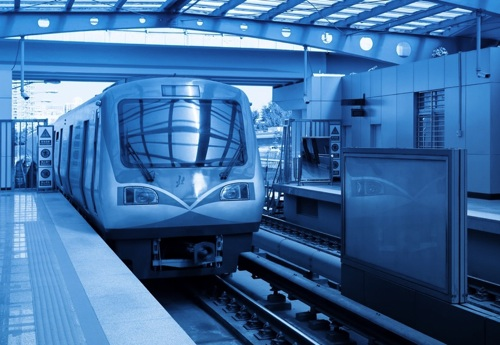 The new Line 6 is the rapid transit line with the highest speed and capacity in the Beijing subway. It is currently transporting passengers over a 20km line at speeds of up to 100km per hour and within a few years the line will be extended to cover a total of 50km. In contrast to most other lines in Beijing, which use six car trainsets, Line 6 is served by eight car trainsets that carry up to 1,960 passengers.

The onboard battery systems provide back-up power for the Line 6 trains for up to 45 minutes to support vital control, communication and passenger safety functions if the main power supply is interrupted. Each CNR CRC trainset has been fitted with two fully integrated battery systems based on Saft’s specialised SRM nickel-based batteries.

“Beijing subway Line 6, with its greater space for passengers and faster speed, is designed to ensure smoother passenger flow during rush hours,” said Chenhui Yang, vice general engineer of CNR CRC. “Reliability is absolutely crucial for every element, from the signal system to the elevators. That’s why we have specified Saft battery systems which have a proven track record for reliability and long life on China’s railways.”

A key advantage of the Saft SRM batteries for CNR CRC is that they need no special attention between normal rolling stock maintenance exercises, since topping up with water is only required at two year intervals.

This low maintenance combined with long life enables the SRM to offer an optimised TCO (total cost of ownership) for the train operator. An added SRM advantage is that, compared to a gel lead acid battery, they have enabled the overall battery weight to be reduced by around 50% – even when sizing to ensure the battery has sufficient capacity for low temperature operation. Reduced bulk with maximum reliability is a further contribution to a lower TCO, as well as freeing up valuable onboard space for other uses.

Learning from apprentices: is the US shaping our electrical contracting sector?