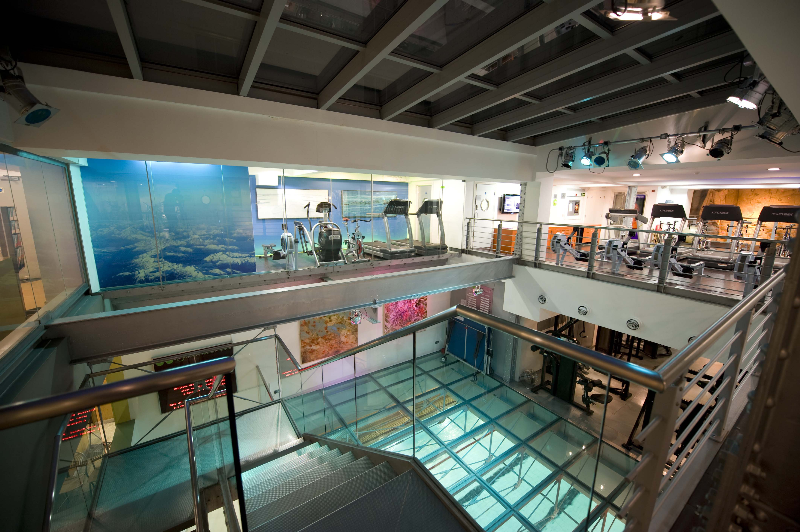 The Third Space is dedicated to delivering a new form of “healthy hedonism”, adopting an integrated approach by bringing together experts and facilities to cater for all requirements in exercise, health, medicine, nutrition, and fun. The Soho club – one of two in London – opened in 2001 and is currently undergoing extensive refurbishment work. Phase one, creating a new reception and relocating the Medical Centre and main studio to the first floor, has been completed, with further work scheduled over the coming year.

As part of the building and refurbishment project, PEL Services has undertaken extensive work to design, install and commission modern security and fire alarm systems to protect this considerable investment.

With the Club having an extensive range of equipment and facilities, including private medical and GP services, securing the premises and those within it, is vital. PEL has installed a modern internal CCTV system throughout the premises featuring day/night cameras that automatically change from colour images to night vision when the light levels drop below a certain threshold. In the swimming pool area the camera has been fitted with a very wide angle lens to ensure complete coverage of the area with just the one device. In the new reception, the cameras have been integrated with a panic button facility for added security and reassurance. The entire CCTV system is recorded 24 hours a day.

A networked electronic proximity access control system has been fitted by PEL to the newly relocated Medical Centre. The system allows for authorised staff to come and go freely but prevents others from entering without permission. PEL has designed the system to be easily expandable (up to 200 doors), so it can be extended to cover other areas of the Club as and when the remaining phases of the refurbishment are completed.

In addition, PEL Services has upgraded the intruder alarm system.

The existing fire alarm system at the Club was a closed protocol system, widely considered to be restrictive. In line with general industry leaning, PEL replaced the entire system with a modern open protocol addressable system that is more flexible and accommodates a wider choice of equipment, including specialist devices and control panels.