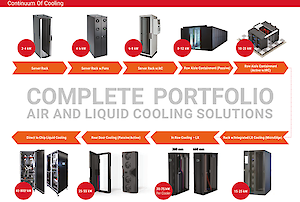 Content streaming, online banking, cloud computing, sophisticated smart phone apps, eCommerce. These are just a few examples of applications that are fueling data processing and traffic demand in data centers throughout the world. Emerging technologies, such as Artificial Intelligence (AI), telemedicine, machine learning, autonomous (driverless) vehicles and other real time modeling applications will accelerate demand further. The International Data Corp. (IDC) predicts that by 2025 we will generate 175 Zettabytes of data annually. Forecasts suggest that the total electricity demand of information and communications technology will accelerate exponentially in the 2020s, and data centers will continue to grow in their share of power consumption. Inside the data center, High Performance Computing servers are energy intensive and densely configured, producing more heat in smaller spaces.

Power density – the amount of electricity used by servers and storage in a given rack – has been monitored since the early 2000s. Surveys from the Uptime Institute tracked steady rates of 3 to 5 kW per rack for many years. Then, in 2018, they reported a jump to 6 to 7 kW averages, with 40 percent of respondents reporting over 20 kW per rack power densities.

The byproduct of energy use by electronics is heat. Data center heat must be managed to assure optimum function and lifespan of key components. As a traditional rule of thumb, every 10 degrees Celsius (18 °F) rise in temperature, reduces the life of the electronics by half. Heat stress can reduce response time of electronics; result in loss of data and component failure. Cooling costs have become a significant portion of operating expenses. Costs to cool a data center by traditional means can often be as much as the cost to power the IT Equipment it houses. Therefore, finding the best, most efficient cooling methods for high density data center environments is critical.

• Hybrid direct and indirect water-cooled – selective cooling of highest energy consuming components with direct contact liquid cooling and the balance of the rack is cooled via secondary air-to-water cooling device, such as a Rear Door Cooler (RDC).

A Range Of Data Center Cooling

Legacy cooling in data centers uses technology based on traditional air conditioning systems. Entire rooms, sometimes complete buildings, are cooled with a single system. These Computer Room Air Conditioning units (CRAC) or Computer Room Air Handler (CRAH) worked well for a number of years because data rooms were smaller, IT racks were not densely packed, and less heat was generated in a given space. While still popular today, whole room cooling can be inefficient and expensive. More current cooling designs include aisle containment and rack-based cooling. These models increase efficiency and often incorporate an air-to-liquid heat transfer to leverage the higher heat transfer qualities of liquids. Direct-contact liquid cooling (direct-to-chip) presents the highest efficiencies. A coldplate is placed directly on processors inside the server. The coldplate has internal micro channels and an inlet and outlet through which liquid is circulated to carry away heat.

Selecting the right cooling models crucial to avoid thermally-related faults and equipment failures. With energy consumption for cooling being a substantial part of the total energy consumption in a data center, improvements in cooling efficiencies can also provide significant operational cost savings. The hybrid system discussed in this paper addresses emerging cooling challenges with benefits that can be realized immediately and scaled up in the future. 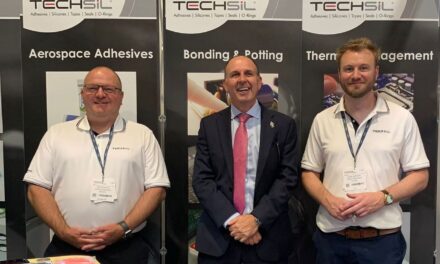