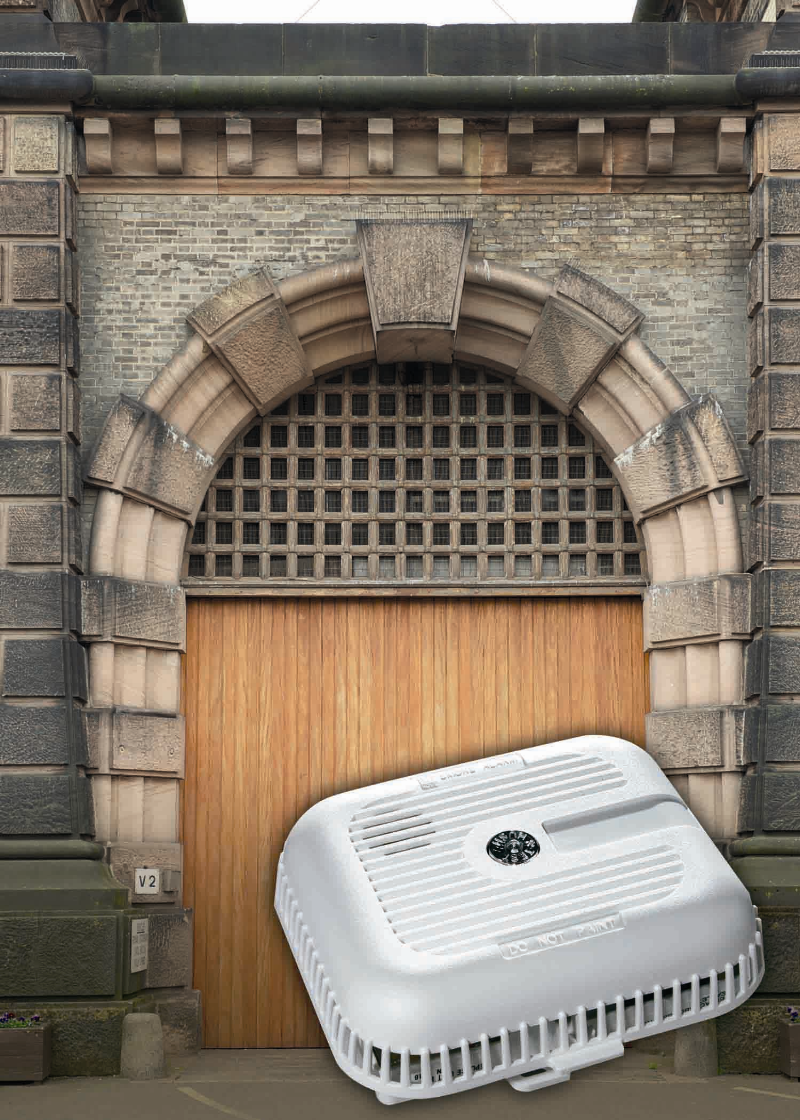 Following the introduction of the Regulatory Reform (Fire Safety) Order, existing prisons are required to review and upgrade their fire detection systems over a period of years. This needs to meet the British Standard BS 5839-1:2013, the fire detection systems in non-domestic premises, where a Category M/L5 system is recommended in prisons.

Previously, only the main landings had smoke alarms fitted. After a risk assessment was made by the responsible person at the prison it was determined that an intermediate solution was required for the prisoner’s cells whilst the upgrades took place.

Neil McCrorie, health and safety advisor at HM Prisons Grendon & Springhill, chose Aico’s battery operated optical smoke alarms and stated: “They are perfect for our need; secure with little maintenance. They were also recommended by another establishment.” He has also been pleased with the support offered from Aico: Neil worked closely with one of Aico’s regional specification managers to develop the best solution possible.

Aico works in residential fire protection in the UK. It is best known for its high quality, high reliability mains-powered smoke alarms which are installed in hundreds of thousands of houses across the UK. For Aico, the use of its battery powered smoke alarm within a prison environment is an interesting new development.

HM Prisons Grendon & Springhill chose Aico’s 10 year lithium battery operated standalone optical smoke alarms. They are ideally suited to this market as the battery is in a tamperproof sealed unit – preventing the battery from being removed which makes it ineffective. They also have a test and hush feature which make silencing false alarms and regularly testing the unit very easy.

Fire safety uncovered – choosing the right solution for every application