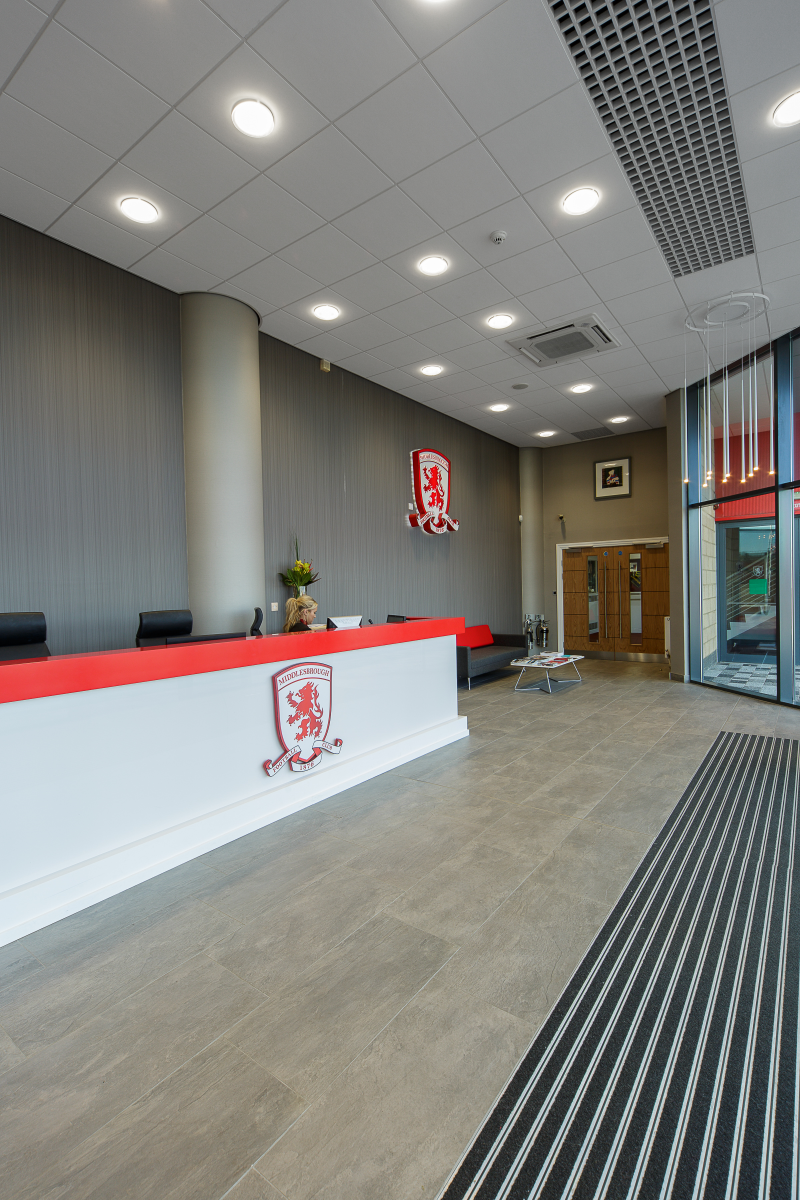 A variety of Thorn Lighting’s luminaires have been installed at Middlesbrough FC (MFC) to elevate the facility to Premier League standards following the club’s promotion to the English Premier League. In the seven years since the Teesiders dropped out of the top division, the requirements of TV broadcasters have changed dramatically, meaning that Riverside Stadium was in need of significant refurbishment. In keeping with MFC’s principle of supporting local companies and following a visit to Thorn’s impressive manufacturing facility in nearby Spennymoor, the decision was made to partner with Thorn for the supply of internal lighting.

Staff offices and hospitality areas have been reconfigured to make way for a state of the art media suite complete with kitchen, mixed zone, five interview rooms and a TV editing suite. In addition, the reception has been modernised and new entrances created for the players and the media. The media suite, for example, welcomes up to 100 national and international reporters each match and provides the all-important first impression of the Club and images filmed there are sent instantly around the world. 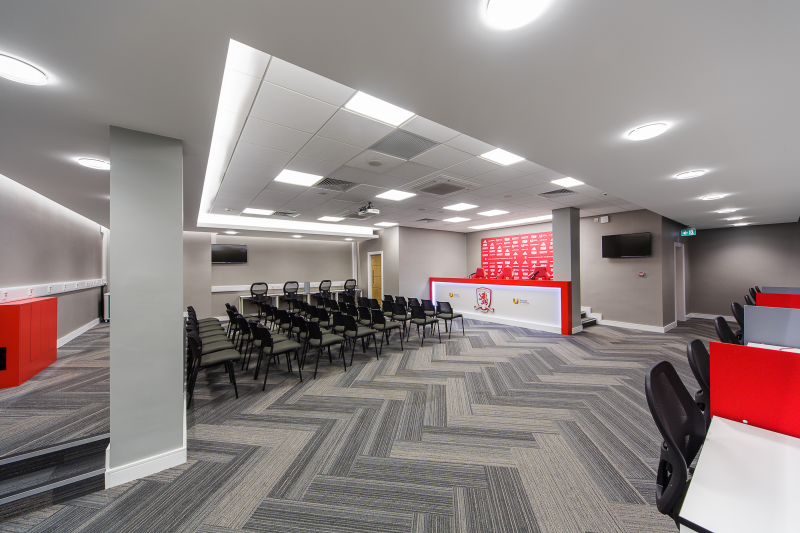 The M&E design for the project was carried out by Star Consulting Engineers (SCE) Limited based in Stockton-On-Tees. Simon Chesney, Director of SCE, explained that the design needed to be modern, flexible and energy efficient to comply with MFC’s stringent requirements and completed to a tight deadline. Within the mixed zone, the media suite and the players tunnel there was a requirement to provide flicker-free lighting for the broadcaster’s ‘super slo-mo’ images of the players arriving. Thorn trialled various drivers and ultimately provided a Tridonic LED driver in conjunction with the Omega Pro LED that worked extremely well with the TV cameras.

Thorns Omega Pro LED fitting has a slim 12mm profile and a UV-stabilised opal acrylic diffuser so it will retain its clean look. The IP44 rated Omega provides an efficient LED edge-lit solution utilising a unique Glare ProTech eprosmatic optic to combine optical and glare control with high performance. The Omega Pro is easily retrofitted, whilst maintenance is significantly reduced by the 50,000 hours’ life of the 4000K LED lamps supplied with the fitting. 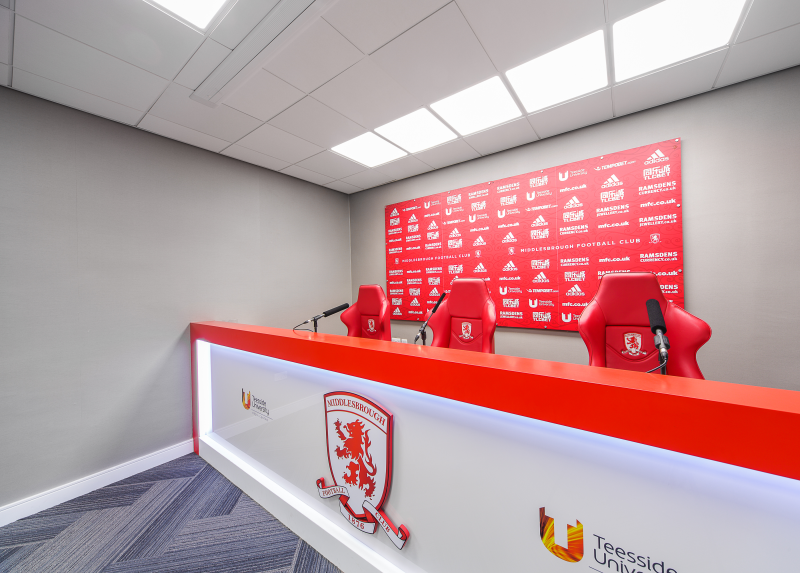 For other areas Thorns Chalice LED, Voyager and Arrowflex fittings were chosen.  Thorn’s Chalice LED is a high performance LED downlight that offers exceptional efficiency with a class-leading efficacy of up to 110 Llm/W. The high performance optic and light mixing chamber provide a uniform appearance which, combined with a unified glare ratio <19, CRI 80 and CRI 90, makes Chalice perfect for high quality lighting applications. Voyager is a compact and flexible LED strip on a 5 metre reel with self-adhesive tape on the reverse for fast installation and seamless, shadow-free lighting. Strips can be cut to length on site and joined via a solderless connection system to blend with the interior design.

All of the Thorn luminaires used for the refurbishment are LED, which has resulted in a significant reduction in energy consumption when compared to the original fluorescent lighting and provided much better colour rendering. Despite the demanding nature of the installation programme, the project was completed on schedule. Chesney commented ‘It was a great team effort by all parties to provide such a high-tech installation in the time allowed. The quality of the final solution has been commended by MFC and their broadcast partners’