Powertecnique named as one of the South’s most ambitious companies 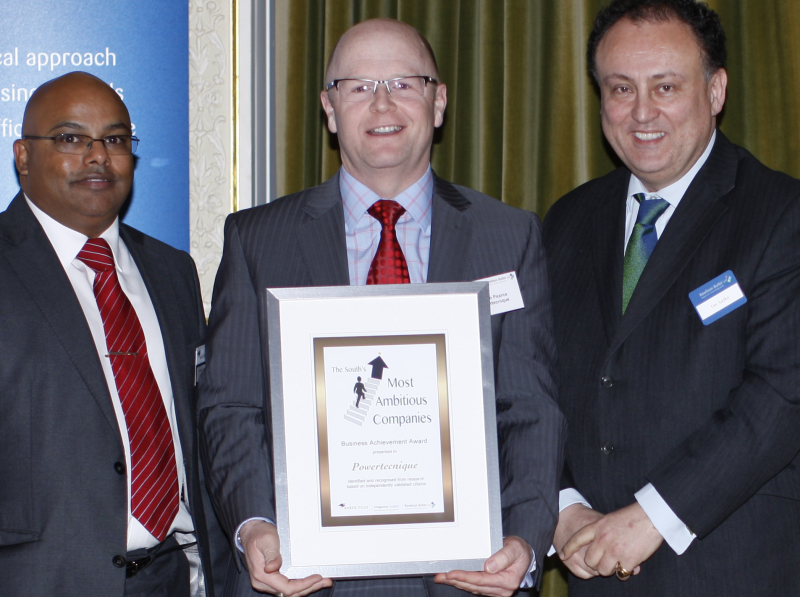 Segensworth-based critical power specialist, Powertecnique, was recognised as one of the South’s most ambitious companies at an award ceremony last month.

More than 5,000 companies in the south of England were researched and assessed by accountants Baker Tilly, law firm Rawlison Butler and consultants Endgame Insight, to determine which companies were to be included in this award.

Darren Pearce, managing director at Powertecnique, commented: “We did not put ourselves forward for this award nor could anyone nominate us, and it is heartening that our achievements have been recognised by those researching the region’s businesses.”

Jon Da Costa, partner at Baker Tilly, explained: “The criteria for this award include a desire to build a business of some significance, to be a leader rather than a follower, and an ability to think, and act, strategically”. At the award presentation, Tim Sadka, partner at Rawlison Butler said that an ambitious company has a determination to success regardless of any obstacles.