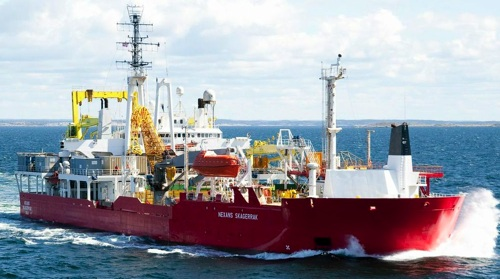 Norway’s power supply network will get a crucial boost in reliability and capacity with the installation of Nexans‘ submarine cables as part of a major new connection for the utility BKK Nett AS.

The new 420kV connection between Mongstad and Kollsnes will cross two fjords – Hjeltefjorden and Lurefjorden – requiring Nexans to install the world’s longest and deepest deployment of XLPE (cross linked polyethylene) insulated submarine cables in a contract worth around Euro 78 million.

BKK Nett AS, one of Norway’s largest utility companies, is building the new connection to reinforce the power grid in the west of the country. The new power line is essential to ensure security of supply for the forecast growth in consumption by residents, businesses and industrial consumers in the Bergen region, which is an important growth area. It will also provide additional capacity for the grid connection of new generation resources.

The total length of the new 420kV Mongstad to Kollsnes connection will be around  30km. On land, overhead lines will carry the power. However, the majority of the route crosses two fjords, requiring the installation of submarine cables.

For BKK, Nexans is providing a comprehensive turnkey service for the design, manufacture, supply and installation of a total of 90km of single core XLPE cable. The design is based on the same technology used in Statnett’s successful Ormen Lange project, commissioned in 2006, then the world’s first 420kV XLPE submarine cable installation.

The submarine cables will be installed in the fjords in three parallel lengths to create a 3-phase AC connection, rated at 420kV. The cables will be protected by outer shells or water jetting from shore to 30m water depth. The Lurefjorden installation will have a length of 10km per phase and a maximum water depth of 200m, while the Hjeltefjorden section will set a new world record for 420kV XLPE cable covering both length (20km per phase) and depth (a maximum 390m).

“This major project for BKK reinforces Nexans’s position in Norway as a key supplier of cable infrastructure projects with over 100 years of experience on the country’s coast, islands and fjords”, said Kjetil Hovland, vice president submarine high voltage at Nexans. “It also confirms Nexans as a world leader in 420 kV XLPE submarine cables with proven capability to deliver complete turnkey systems.”

The submarine cable will be manufactured at Nexans’ specialised facility in Halden, Norway for delivery and installation between 2016/17.