This is the first submarine cable project in People’s Republic of China for the Group. The new contract paves routes to new business opportunities for the Group in Asia 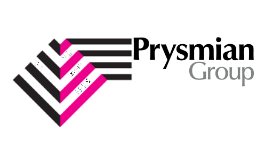 Prysmian Group has been awarded a contract by Hainan Second Cross-Sea Interconnection TieProject Management Co. (a subsidiary company of China Southern Power Grid, the grid operating company in South China) worth a total of more than $140 million for the design, supply, installation, and commissioning of a submarine power cable link for the second interconnection between Hainan island and China mainland.

“We are particularly proud of this new award as this is the first Extra High Voltage submarine cable project that Prysmian will execute in the People’s Republic of China”, stated Massimo Battaini, Prysmian Group’s Senior Vice President Energy Projects.

“This contract has strategic value, due to being awarded in China, a market with high growth potential, which is investing RMB 11.1 trillion (1.8 trillion US$) in its power industry in the period from 2011 to 2020”.

The new submarine cable link will side the existing 500 kV cable circuit connecting Guangdong power grid and Hainan power grid effectively improving the quality of electricity supply between the two provinces. One of the island’s key customers to benefit from the extra power will be a 1300 MW nuclear power plant being built in Changjiang County. The combined capacity of the submarine power cables and the nuclear power will help boost Hainan’s efforts of being an international tourism island.

The new Hainan interconnection comprises four HVAC (High Voltage Alternating Current) 500 kV single core SCFF (self-contained fluid filled) cables to be laid under the Qiongzhou Strait in southern China, along a 32-kilometer route. The cable system will link the Gangcheng transformer substation in Guangdong’s Zhanjiang to the Fushan transformer substation in Hainan’s Chengmai County, and have a transmission capacity of 600,000 kW. Cables will be operated in AC configuration, but are designed to work in DC configuration as well. All cables will be produced in the Group’s excellence centre for submarine cables in Arco Felice, near Naples (Italy) and marine installation operations will be performed by the Group’s owned “Giulio Verne” cable-laying vessel. Delivery and commissioning is scheduled for the first quarter 2019.