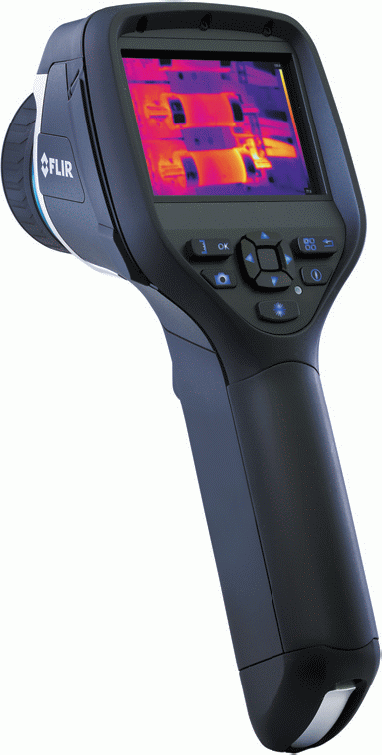 The ability of the FLIR E30 to measure temperatures between -20°C and 350°C extends this model’s scope of application and, at the touch of a button, the FLIR E30 stores the thermal and visual image simultaneously. Thermal images are 160 x 120 pixels in size, enabling temperature differences as small as 0.1°C to be seen.

In addition to an LED lamp for imaging in dark environments, the FLIR E30 is equipped with a laser pointer to help the user associate the hot-spot on the thermal image with the physical target.

The need for metering accuracy

Meeting the demand for testing training