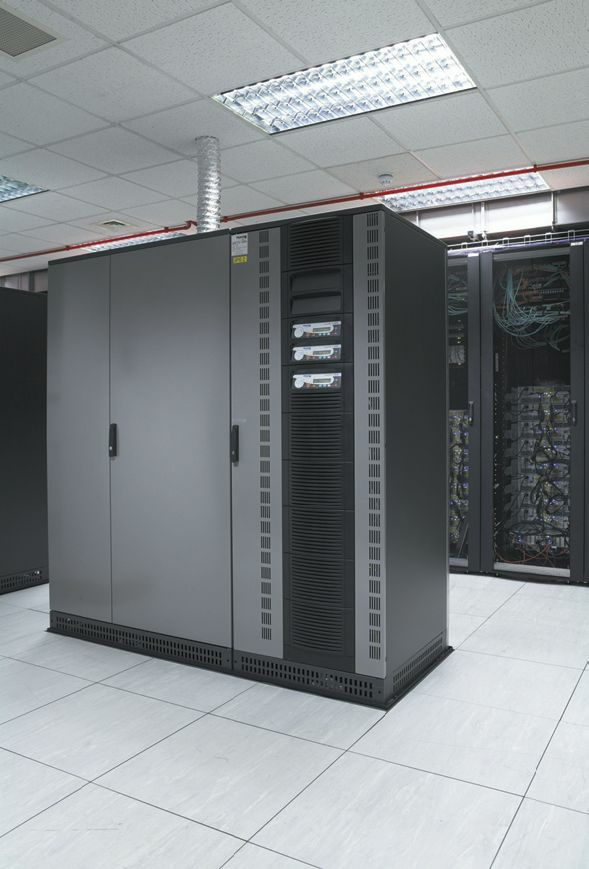 While UPSs provide a source of back-up in the event of a mains power failure, today’s critical loads are typically susceptible to many mains borne disturbances as well as complete blackouts. UPSL’s Matt Henley looks at the nature of these sensitive loads, why mains supply disturbances threaten them, and how UPS systems can offer the protection they need.

Although UPSs can provide valuable battery back-up during a mains failure, disturbances and blackouts can still have severe consequences on unprotected electronic equipment, and on the business or manufacturing operations they serve. Guidance for UPS users can be drawn from looking at the critical loads’ nature, the electrical problems that can occur, and how UPS topologies can provide the protection required.

The use of computers has increased the sensitivity of today’s loads. An obvious example of this is a modern data centre, although computers are also embedded within process control systems, medical equipment, communications hardware, ATM and EPOS terminals. Any mains borne disturbance is hard for these systems to handle and can cause immediate damage to hardware, or perhaps more seriously, loss or corruption of data. This can then lead to production loss, possible production equipment damage, inappropriate control system operation, lost business due to EPOS failure, and time lost during repair and reset of affected equipment.

A blackout is a prime example where battery back-up will be required. However, even blackouts of just a few milliseconds can have devastating effects on both hardware and software, as unprotected computers cannot shut down gracefully. A sudden power loss can for example, cause hard drive heads to crash onto and possibly scratch the platters, damage themselves and destroy data. Blackouts can arise from supply line faults, accidents, thunderstorms and other factors. 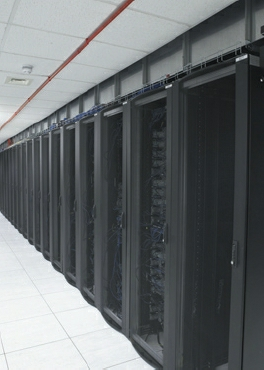 Spikes are short duration rapid voltage transitions superimposed onto the mains supply. Although short lived, they can have large magnitude and therefore high energy. They can damage or destroy electrical and electronic components and corrupt software. Spikes are most frequently generated by locally grounded lightning strikes, but can also be caused by thermostats or other equipment switching high electric currents, or power companies’ load switching.

Electrical noise arises from lightning strikes, load switching, cable faults, nearby radio frequency equipment and other factors. High frequency noise energy entering the earth line can affect sensitive circuits using the supply earth as reference for internal control logic. Such interference can be mains borne or induced through communications cables or other external connections. It can be minimised by fitting surge suppression filters to offending equipment and providing adequate cable screening and earthing.

Surges are voltage increases of more than one cycle, typically appearing after a large load is switched off or following substation load switching. Voltage surges can degrade a computer’s switched mode power supply components, leading to premature failure. Conversely, sags are mains supply drops that can last several cycles. They occur commonly, usually after switch-on of large loads such as air conditioning equipment or rotating machinery. Sags can cause computers to switch-off.

Brownouts are identical to sags but have a much longer duration and are generally more serious. They occur when the mains supply is reduced to handle excessive load demand and sometimes last for several hours. 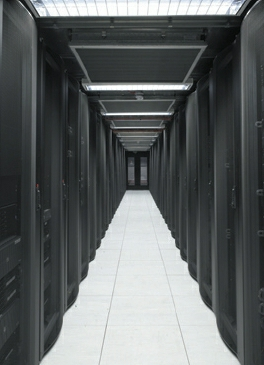 The two key UPS topologies in use today are known as online and offline systems. Offline systems are so-called because during normal operation, raw mains power is fed directly to the critical load while the battery is charged offline, ready to take over if the mains supply fails.

This arrangement has two disadvantages making it unsuitable for the loads discussed. Firstly the critical load is normally connected directly to the raw mains, exposing it to any of the mains disturbances described earlier. Secondly, because the UPS takes time (typically between 2-10ms) to switch the inverter, the critical load sees a break in supply power.

By contrast an online UPS system comprises a rectifier/charger and inverter, connected in line between the mains supply and the load. During normal operation, the rectifier/charger float charges the UPS battery as well as supplying the inverter. Therefore, the critical load enjoys processed power at all times. With the mains supply present, the rectifier, charger and inverter are all active, filtering mains borne noise and transient voltage excursions while providing a well regulated voltage output. If the mains fails, the inverter continues operating from battery power with no changeover delay involved. Transfer to battery power is entirely invisible to the critical load.

Ofgem reports that on average a consumer could experience a worst case MTBF down to 50 hours if all disturbances are considered. Considering the possible consequences of such disturbances reaching the critical load, the UPS’s protective role becomes readily apparent.