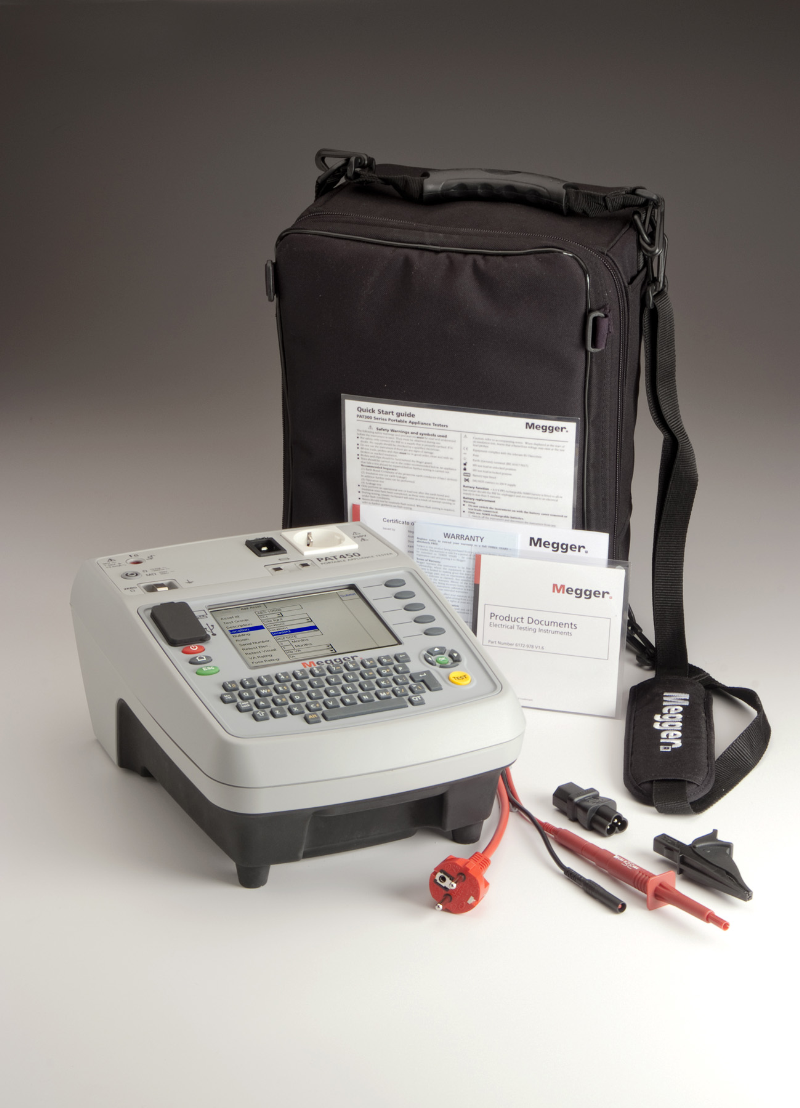 Redford Charles, a respected independent provider of electrical assessment and training services, has announced that, in a comprehensive series of speed trials carried out on popular PAT testers from four prominent manufacturers, the Megger PAT420 provided the fastest test times in every case. In some tests, the Megger instrument was as much as 33% faster to use than its nearest rival, and up to 57% faster than the slowest tester.

Full details of the how the evaluation was carried out, the instruments evaluated and the results obtained can be found in the technical paper, “Speed Trials in Portable Appliance Testing”, which Redford Charles has just published on its website (www.redfordcharles.com/resources/PAT_tester_analysis.pdf).

“We’re delighted – but not surprised – that our PAT420 professional PAT tester has been shown to be the fastest to use in this searching group test,” said Simon Wood, Megger’s UK Wholesale & Distribution Sales Manager, “because we’ve always understood that the key to profitable PAT testing is working quickly and efficiently without cutting corners. All of our testers have been designed with this in mind.”

“It’s very pleasing to see confirmation that our efforts to make high-quality PAT testing fast and straightforward have paid off, especially when that confirmation comes from an organisation with the standing and reputation of Redford Charles.”

Redford Charles carried out its speed trials on five of the latest PAT testers from four suppliers that are prominent in the UK market. To ensure that the trials were as closely as possible representative of everyday testing, tests were carried out on three types of asset: a standard electric kettle (Class I asset), a double-insulated pedestal fan (Class II asset), and a four-way extension lead, one way of which was tested.

Two sets of tests were carried out on each asset. For the first set of tests, the PAT tester was already switched on at the start of the test, and had just completed a test on an asset identical with the sample asset. This allowed test times to be determined for the testers working in their fastest mode, with minimum possible intervention by the operator. For the second set of tests, the tester was initially off, and timing for the test was started the instant the tester was switched on.

In every test, the Megger PAT420 was the fastest tester in the group. As a result, Redford Charles concludes, “There is a strong incentive for organisations and individuals that carry out PAT testing on a regular basis to invest in the Megger PAT420 … as their investment will be quickly recouped, and the profitability of their operations will be significantly enhanced.”