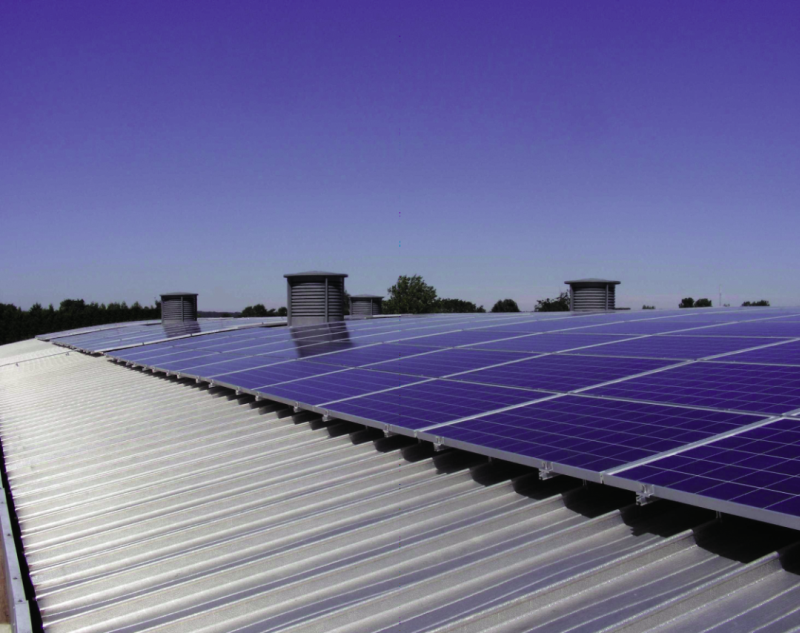 The new Seaward Solar PV150 tester was utilised by Southern Solar, one of the UK’s leading providers of photovoltaic systems, on the installation of a 37kWp solar PV system at Bartholomew School in Eynsham, near Oxford.

The new system was installed on the roof of the school’s sports hall and is expected to produce most of the energy required by the school during term time, with the electricity being supplied into the National Grid during school holidays.

The new PV150 is a dedicated multi-function electrical tester designed specifically for solar panel installation. It is capable of carrying out all electrical tests required by IEC 62446 on grid connected PV systems and eliminates the need for multiple test instruments for PV panel electrical installation and connection.

Testing at the push of a button

With the push of a single button the new combination tester carries out the required sequence of electrical tests in a safe and controlled manner, avoiding the risk of contact with exposed live DC conductors.

Southern Solar is an Oxfordshire County Council approved installer and completed the installation of the seven string Bartholomew School system earlier this year. The panels cover an area of 230m2 and are predicted to produce 28,065kWh of electricity each year, offsetting nearly 15,000kg of CO2 annually.

Jason Fuller, project manager in the Southern Solar Oxford office, said, “Although this was a relatively small project, the ability to complete all the necessary electrical tests with one tester means that jobs can be undertaken quickly and safely.

“Ordinarily we would have had to use at least two test instruments on a job like this, as well as various test leads and connectors which can be cumbersome.

“This time round we took just the PV150. We plugged in the leads, pressed the auto-button and a few seconds later we had open circuit voltage, short circuit current, insulation resistance and other system measurements. On larger installations this will make an even bigger difference to the ease and speed of testing.”

The installation of the new solar PV system at Bartholomew School is an important addition to the school’s commitment to renewable energy – both from an operational and an educational perspective.

The school has a strong commitment to reducing its carbon footprint and has already achieved a silver Eco Schools Award, a project that was largely student led with support from members of staff, raising awareness of recycling and energy usage.

It also uses an online energy management system to review its energy use, has an on-site Eco house which is powered entirely by a wind turbine and has also taken steps to reduce the amount of water it uses.

Southern Solar is among the first users of the new PV150 solar PV installation tester, which is supplied as part of an all-inclusive test kit that includes a clamp meter and other test accessories to enable testing to be undertaken in compliance with MCS requirements.