Meeting a variety of needs 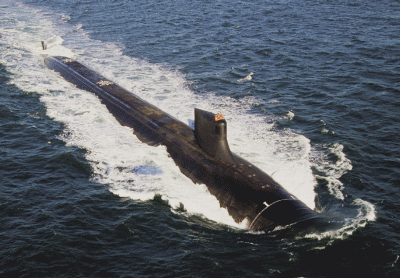 The benefits of investing in uninterruptible power supplies (UPS) is well known. However, lesser known is the hugely diverse range of applications for which they can be utilised. UPS manufacturer Zigor discusses some of these with Electrical Engineering magazine

There are many advantages of using UPS technology. Not only can a UPS provide emergency back-up power should the mains power fail, but it also means companies can avoid serious disruption to their business should a power event occur.

Equally importantly, the device also ensures that critical data is not lost from their computer hardware. As the world battles the debt crisis, UPSs are even more important today, as no business can afford not to protect their power.

Accordingly, because of this increase in responsibility, UPS manufacturers have also had to make their products more reliable and efficient than ever before.

With regards to the public sector, hospitals, for obvious reasons, cannot be without power at any time. They need it 24 hours a day, seven days a week. A surgeon carrying out a serious operation on a patient cannot be interrupted by a power cut. UPSs can, therefore, contribute to saving lives every day.

Again, the education sector needs them so that our schools, colleges and universities can remain open and function for students. Common power problems can include power failure, surges, sags, spikes, noise, frequency instability and harmonic distortion.

UPSs range in size from protecting a single computer to large data centres. UPS manufacturer, Zigor, for example, offers units from 650VA up to 400kVA which are more than adequate for most. However, it will come as a surprise to some that UPSs can also be used for a bizarre number of reasons. 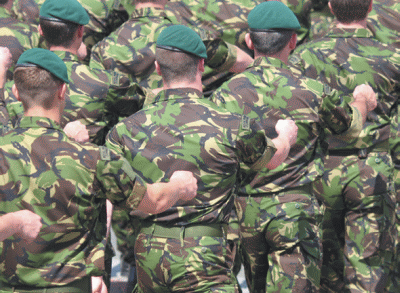 A multitude of uses

Gavin Banks, UK sales manager at Zigor, spoke to Electrical Engineering about some of these, “It never ceases to amaze me the amount of different customers we sell our products too. Most people may think that only the private and public sector invest in UPSs but you’d be surprised how diverse some of our orders are. Our products are used for a number of different applications as organisations realise they can’t afford to run without one.”

Indeed, one big customer of UPS products in this country is Premier League foot clubs, which use them for their automated turnstile ticket scanners. If a power failure was to happen before kick-off and the ticket entry system went down, it could leave ticket holders unable to gain entry which would be hugely disrupting for the 75,000 supporters who regularly attend Manchester United’s home matches at Old Trafford for example.

UPS technology plays a key roll in the entertainment industry aswell as it provides back-up for live PA equipment at music concerts and live TV broadcasting events so that as soon as a power event occurs the device kicks in. Imagine a power event affecting Take That’s recent tour at Wembley. That is 90,000 unhappy fans!

UK cinema chains also need them as a means of providing emergency power for their projection systems to prevent interruption to screening caused by power glitches.

In military applications, they supply back-up power to vehicle-based satellite telephone and communication systems out in the field, and they are used by submarines which need them for their communications systems at sea.

At the Met Office, they are essential for their rooftop weather monitoring stations, as continuous power allows consistent measurements and readings to be recorded by meteorologists for their research into weather forecasting. They are also a necessity for oil companies which need back-up power to their remote oil pipeline monitoring systems. A UPS guarantees the availability of closed circuit television camera systems so that the police can monitor traffic flow and congestion around city centres. This happens no matter what the power conditions are at the time.

UPSs can also lend a hand with animal welfare as tropical fish breeders can use them for maintaining the water temperature in breeding tanks. Plus, farmers have introduced UPSs for their automated feeding systems so that power failure cannot interrupt their animals’ feeding schedules.

Most UPS manufacturers tend to categorise their products in accordance with the number of power related problems they address. There are three main types – offline, line-interactive and online.

Offline or standby UPSs offer only the basic features such as surge protection and battery back-up.

The line-interactive is similar in operation to the offline but also has a multi-tap variable voltage auto-transformer that can add or subtract powered coils of wire. This can increase or decrease the magnetic field and the output voltage of the transformer.

The online or double conversion UPS boasts all the capabilities of offline and line-interactive units but it has a much greater current AC to DC battery charger/rectifier which makes it the most expensive UPS on the market. The rectifier and inverter are designed to run continuously with improved cooling systems. The rectifier drives the inverter even when the UPS is powered from normal AC current – thereby giving it the name double conversion.

Finally, Banks also explained that investment in UPSs have remained high despite the economic downturn. He said, “Certainly companies are not taking any risks as they want to make sure they are protecting their power as well as they can so it leaves them to get on with the job of running their businesses.”