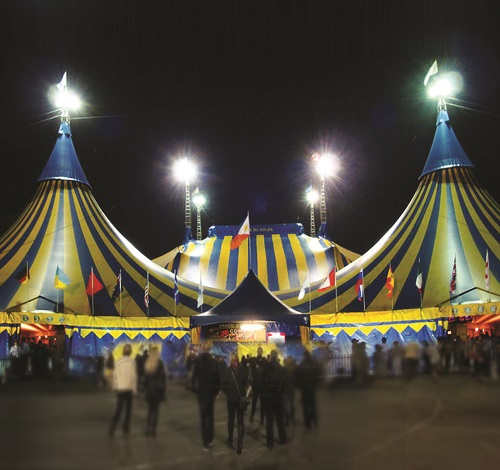 A wireless fire alarm system has been specially designed for Cirque du Soleil’s Quidam tour performances in Munich with a Kentec fire alarm control panel at its heart.

The wireless fire alarm system, believed to be the first of its type to be installed in Germany, is used to protect the tunnel between the main Circus Big-Top and the artiste dressing and holding tent during performances.

Designers and installers Fire Systems Ltd had just three days to complete this unique installation, believed to be the first of its kind, before a fire safety inspection by Munich Fire Authorities.

To meet German Fire Authority requirements, the fire alarm system was connected to a Scope pager system that, on activation, would first alert on-site fire wardens and security staff via radio pagers. Any alarm would need to be investigated to determine its status, before triggering the audible fire alarm and evacuating the big top.

Cirque du Soleil, self-described as a “dramatic mix of circus arts and street entertainment”, is the largest theatrical producer in the world having brought its unique theatre to more than 100 million people in over 40 countries. Its latest touring show, Quidam, is described as a thrilling combination of acrobatic artistry, technical expertise, extravagant design and exceptional musical inspiration.