It’s time to get serious about resilience 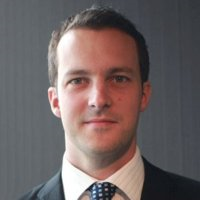 The disruption and financial consequences of downtime due to a power outage are well documented, most recently in the case of British Airways (BA). John Hartley, Head of Propositions at Centrica Distributed Energy and Power, identifies the measures that should be taken to enhance resilience and avoid any interruption to business continuity.

During the late May bank holiday, BA flights were brought to a standstill at Heathrow and Gatwick with 75,000 people affected by three days of disruption – the worst to hit the airline for seven years. Experts suggested BA’s huge compensation costs could top £100m and shares in International Airlines Group slumped.

BA’s check-in systems, call centre, and website suffered a major IT failure that affected its operations worldwide, something that was later attributed to a power supply issue. BA’s Chief Executive Officer, Alex Cruz, said that the surge was ‘so strong that it rendered the back-up system ineffective’.  While some commentators have questioned whether the robustness of IT systems also contributed to the crisis, the situation has brought the issue of power supply and resilience to the fore.

Power surges are a very real phenomenon and, while blackouts are obvious threats to on-site equipment, other conditions can also cause problems. Brownouts occur when the mains supply cannot cope with its overall load and the voltage levels reduce, in extreme cases for periods measured in hours. Mains power can also sag, or drop in voltage level for a few cycles, usually after a large load such as air conditioning or rotating machinery is switched on.

We may never know exactly what happened at BA but it highlights how an unexpected event can have potentially devastating consequences for a business. In fact, research carried out by the Business Continuity Institute (BCI) found that following a disaster around a quarter of businesses never reopen, 80 per cent of companies that don’t recover within a month are likely to go out of business and 75 per cent of companies that do not have a business continuity plan fail within three years.

Most organisations will have an outage at some point in time. The skill is in ensuring that it happens as part of a planned maintenance programme, not due to an external factor. To this end, businesses should plan for an outage to occur annually and during that outage ensure that every mitigation measure at its disposal is tested, to ensure that when something happens it will be able to mitigate the worst effects. This could include continuous access services where data processing and storage is split across two or even three sites simultaneously so that the failure of one site does not impact on business as usual services.

Businesses should also be comfortable using their backup generators as part of their business as usual activity – using a generator to reduce bills by being on during peak times for example can ensure it is more likely work work when needed in an emergency as well as earning that business some additional revenue.

With the advent of Industry 4.0 and the smart factory, data centres are increasingly deployed at the industrial edge, in factories and other operationally sensitive environments.

As the BA case demonstrated, reliance on IT means that data centres have to be amongst the most resilient facilities out there. Many are designed to meet good practice infrastructure guidelines and there are numerous documented examples of N+1 designs, systems designed to withstand the loss of a component.

However, more emphasis should be placed on reacting quickly when a component failure occurs rather than assuming that N+1 will solve all problems. Ensuring a quick repair places a premium on staff training, predictive diagnostics, good support contracts and on-site spares.

In the event of a prolonged power failure, in addition to a UPS a further source of power will be required – usually a generator – which, given sufficient fuel, will keep running indefinitely.  Developments in battery technology mean that effective energy storage is also now within the reach of most organisations.  Obviously, it is not enough to simply install equipment to back up power, as it must be properly maintained and regularly tested to ensure it is operational when needed.

Having a well designed and well maintained standby power system is the best protection against utility power outages. Whether located in a factory, data centre, hospital or anywhere else housing mission critical electrical equipment, generators are vital, as they can withstand heavy load for long hours and start off the power supply on full load within minutes. Combine this with a battery solution that offers an almost instant response to a power failure and businesses can stand easy.

The combination of resilience and using assets in a smart way is not always obvious. While often considered a key facilitator of resilience, generators offer much more than power back-up and are woefully underutilised. The most forward-looking organisations are opening up new revenue streams by making their assets available to the National Grid to help balance the system and trading in the market when prices are high.

Keeping an eye on how energy is being used by plant and other electronic equipment can also help prevent outages. Smart devices are available that consist of completely non-invasive, wireless and self-powered circuit level technology, coupled with cloud based analytics.

By clamping on the outgoing electrical wire from the circuit breaker, Centrica’s Panoramic Power sensors monitor the flow of electricity and can send information wirelessly in real-time. Hundreds of sensors can be installed in just a few hours and by transmitting data wirelessly, they deliver energy information to a software analytics platform that provides insight into real time energy usage and enables users to optimise their operations, processes and maintenance resources, while identifying what devices are using most energy. The level of granular detail available means that proactively controlling and actively managing energy rates by shifting loads, or by reducing loads in real time, is possible.

There are significant operational benefits to be gained also, such as preventative and condition based maintenance. For example, if a chiller is short-cycling, a facilities manager can be alerted and initiate measures to prevent damage and downtime. It can also highlight inefficiencies in the plant and unusual current behaviour – thereby maintaining performance and productivity.

A business must possess the ability to react quickly and decisively to any situation it is presented with, and uptime should always be front and centre of any strategic planning. Good resilience to power outages means faster recovery after incidents, reduced impact of incidents and protection of brand and reputation. It can also provide a better understanding of an organisation and demonstrates to internal stakeholders that their wellbeing and livelihoods are important.

For this to happen, of course, the importance of resilience needs to be understood and championed across an organisation: from engineering and operations, to risk and finance. It is only through this that organisations can gain the requisite insight into their energy, make the most of equipment such as generators and invest in new energy infrastructure. In turn, they can avoid the considerable cost and pain of an unplanned power outage.