How the National Portrait Gallery joined the LED Revolution with Helvar

Home to the world’s largest collection of portraits from the Middle Ages to the present day, the National Portrait Gallery is one of London’s most popular tourist destinations. With two million visitors every year, its packed schedule can make any refurbishment work a major challenge. The Gallery has been making the transition to Light Emitting Diode (LED) lighting over the past six years, overhauling its old fashioned system, and utilising a range of Helvar lighting control products. 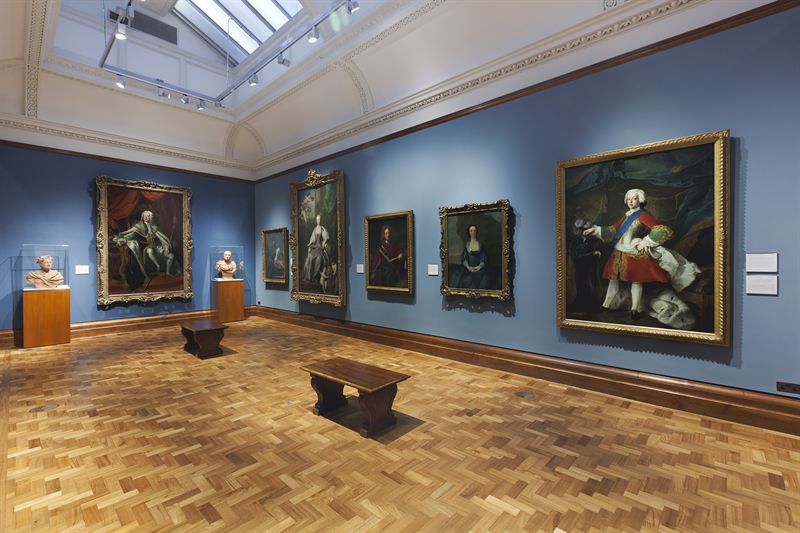 The Gallery found itself with outdated four circuit track lighting fittings, making replacements increasingly impossible to source. With fittings becoming brittle, they needed to install replacements. Having worked with Helvar over a period of years, the Gallery continued to opt for its products as part of the new lighting solution, citing its reliability.

The entire floor has now been converted to LED lighting, with approximately 450 lights installed. One of the added benefits of this energy efficient solution is the reduction in heat. Approximately 60% of the lamps’ output was generated in heat, which not only wasted energy, but furthermore added to the Gallery’s cooling bill. It is estimated that the energy savings could recoup the large outlay after a period of approximately eight years.

The refurbishment will see Helvar’s 920 router installed and fully integrated into a bespoke building management system (BMS), with dimming also controlled by Helvar. Approximately 200 dimmer units are installed at various locations around the Gallery, with some operating in challenging environments, such as the boiler room. Lighting is now individually controllable thanks to Helvar’s trailing edge dimming technology which is compatible with LED. 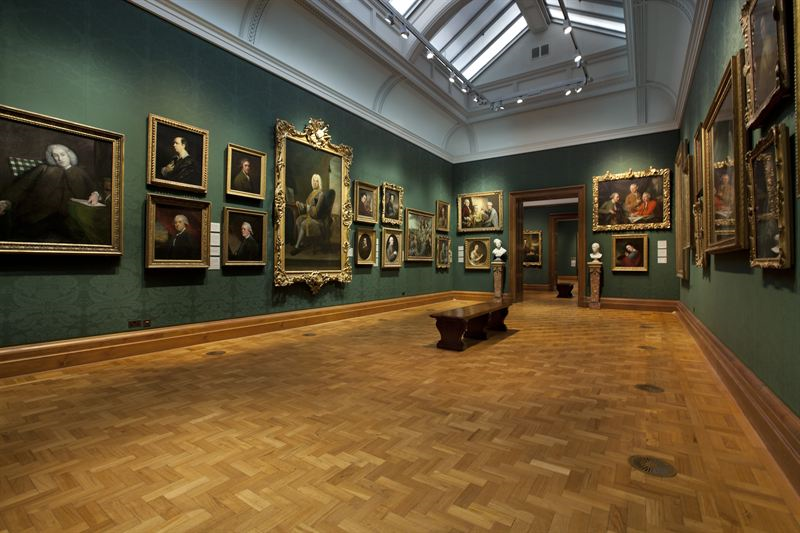 “Thanks to Helvar, we were the first gallery to light historic works with LED lighting,” says National Portrait Gallery Chief Engineer, Allan Tyrrell, who oversaw the project undertaken by the in-house team. “In Room 13, we wanted to have a like-for-like replacement of the lighting, so for the original 100w tungsten halogen light fittings, we exchanged them for a 13 watt LED.”

Room 14 was used to trial Helvar’s colour rendering capabilities, specifically the light’s ability to accurately reveal reds in the paintings. In this room, the painting of the Duke of Marlborough successfully showed off reds. “There was so much more detail than what had been visible previously, so a lot of previous worries about the colour rendering disappeared,” says Allan. “In all of the time we have had the LEDs in place, we have had no complaints regarding the lighting from the public. The CRI is about the same – about 92 – but a large benefit is when you dim them; the colour doesn’t change. If you dim the tungsten halogen bulbs there is a considerable change in colour.”

One of the primary benefits of the LED system is reduced maintenance. “A tungsten halogen lamp might last 500-600 hours, whereas LEDs can last 50,000 hours. The difference is huge, these things are incredibly reliable.”

A further advantage of the switch to LED lighting is the fact that the bulbs give off almost no UV, limiting damage to artwork. “It’s about showing off the paintings in the best way possible, and ensuring they are preserved,” says Allan.

Having seen the benefits of the new system, work is now underway on the floor below in the move towards a full LED Gallery, replacing the PAR lamps. While the work has taken considerable effort and investment, the new system has been a huge success, and other galleries around the world have now chosen to utilise similar systems.